Today may well go down as the day that we saw Apple announce two new iPhones during the same press event, but it’s also the day that some of its often forgotten products also received a minor facelift. And by minor, we mean they got a new color.

As the updated Apple Store now shows, the iPod touch 32/64GB models as well as the iPod nano and shuffles are now available with a new addition to their rainbow of colors. We wouldn’t want to go so far as to call this new color ‘out of this world,’ but Space Gray is now available as a color option for those that can’t get enough of the new black. 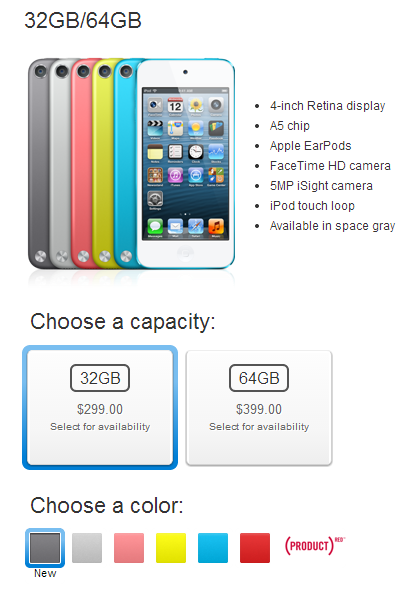 Perhaps more interesting than the color itself – and it’s a pretty uninspired color indeed – is the fact that Apple has seen fit to make it available at all. With the time of year where Apple usually updates its music devices, does the addition of a new color to the existing models suggest that we won’t be seeing new iPod touch, nano or shuffle models in the near future? If that’s the case, then the possibility of Apple considering dropping the price points of the iPod lineup of devices shouldn’t be ruled out either. 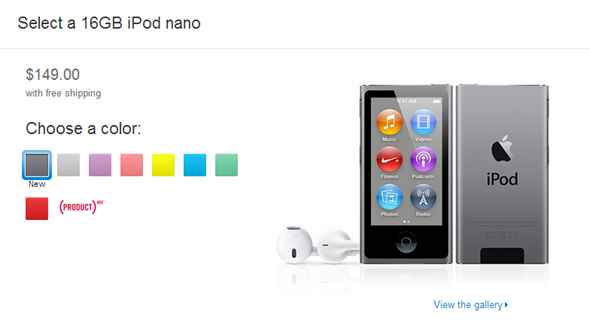 With two new iPhones being announced this morning as well as, presumably, new iPads and iPad minis due in the next few weeks, it’s possible that the iPods will sit this round out, for the good, we might just say. Or, it could just be that Apple’s happy to push a few million out before they revise them later this year, which is a strong possibility as well. 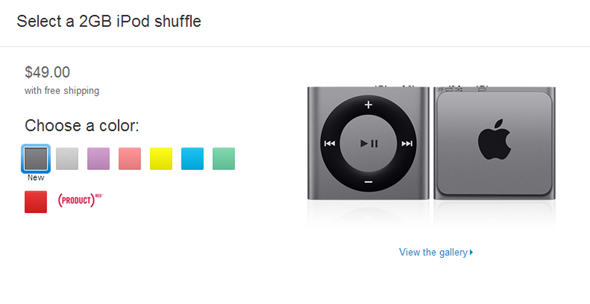 Apple today announced both the iPhone 5s and iPhone 5c smartphones, both of which will be available on September 20th. Pre-orders for the iPhone 5c begin on the 13th, but those wanting to pick up a fancy iPhone 5s will need to get themselves down to a retail store on the 20th, or place their order online on that day. If you’re sticking with your iPhone 5, iOS 7 will be available to all come the 18th.

But, what do you think? What does the new ‘Space Gray’ color signify? You know where to share your thoughts, so don’t hesitate and let us know!