In a recent interview with the New York Times, Melinda Gates once again confirmed that Apple products are not allowed in home premises of Microsoft’s founder Bill Gates. Here is an excerpt from the full interview of all the Apple related answers: 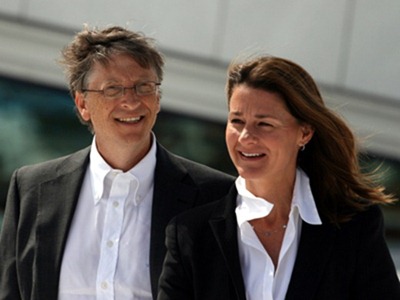 Do you own an iPod, which is made by Apple?
No, I have a Zune.

What if one of your children says, "Mom, I have to have an iPod?"
I have gotten that argument – "You may have a Zune."

Do you have an iPad?
Of course not.

Is it true that Bill works on an Apple laptop?
False. Nothing crosses the threshold of our doorstep.

Isn’t there room in this world for both Apple and Microsoft?
Microsoft certainly makes products for the Macintosh. Go talk to Bill.

Previously in an article published in March 2009 issue of Vogue, she said:

There are very few things that are on the banned list in our household. But iPods and iPhones are two things we don’t get for our kids.

For those of you who don’t know, Melinda Gates is co-chairman of Bill & Melinda Gates Foundation which happens to be the largest transparently operated private foundation in the world. In 2007, Both Bill and Melinda Gates were ranked as the second most generous philanthropists in America.