Last week, it was revealed that the Apple Mac had turned thirty. Apple executive Phil Schiller was clearly buoyed by the news after tweeting about the milestone, and the celebratory mood spilled over across the company as a video was released to mark the third decade of one of the digital industry’s most iconic products. Not content with that, Apple has now rolled out a video showing the magic of the Mac when combined with its partner-in-crime – the iPhone 5s. The clip is filmed on the handset, edited on the Mac, and the result – a truly organic, Apple-made movie. Check it out after the jump!

Although the iPhone range’s cameras are not the very best on the market – especially with the likes of the Lumia 1020 in town – it can still churn out a pretty decent performance, as the video embedded below demonstrates. Sure, it has been the subject of some heavy editing, but nonetheless, the result is still impressive. 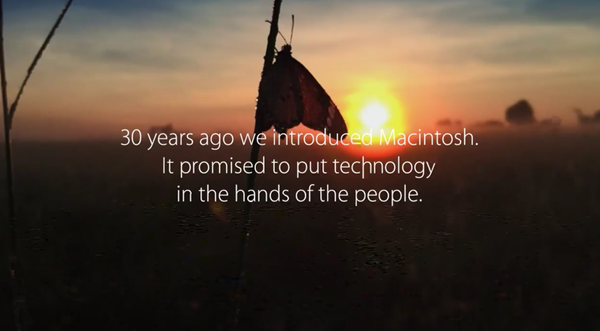 The theme of the clip, which was actually filmed on January 24th – the day of the birthday – focuses around putting technology “in the hands of the people,” one of the mantras of the Mac when it originally released. We then see just how those utterances reached fruition with some of the ways we utilize the technology nowadays, add although the video is only one-and-a-half minutes long, it tells a pretty good story.

Incidentally, the video itself was directed by one Jake Scott, son of Ridley Scott – the guy behind the original Mac ad back in ’84. His method for filming the whole piece, set in 15 different locations, incorporated members of the wider Apple product community, with iPads, Mac Pros and iMacs all contributing to the finished article. Directing remotely using FaceTime, the whole thing was pieced together in one studio in LA, and while the video itself is, on first impression, well put-together, it’s pretty darned awesome when you take into account the techniques used. 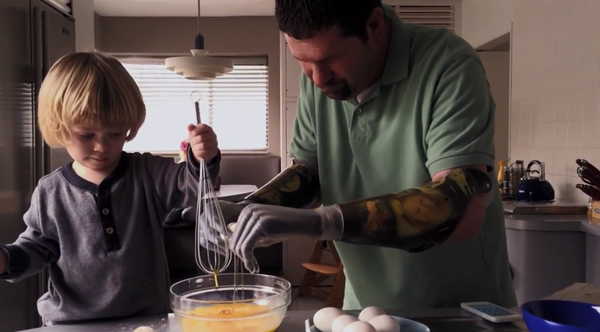 The 90-second clip can be watched below, and with the immediate birthday celebrations likely to die down as of now, let’s hope that the current Mac range – such clear beneficiaries of that early innovation – are treated to some solid upgrades this year.

What are your thoughts?