According to Jefferies & Co analyst Peter Misek, Apple could be planning to phase out OS X while introducing a new operating system, supposedly a blend between the 10-year-old platform and iOS. According to Misek, the next-generation MacBook Air will be the first to sport the change as soon as next year followed by other Mac computers in the next few years. 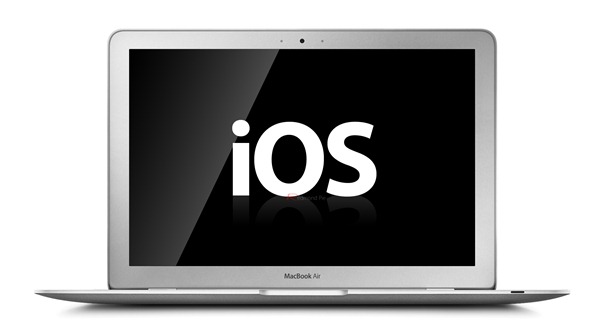 The MacBook Air has been recently marketed as the “next generation of MacBooks” due to its incredibly lightweight form factor at the expense of some features found in traditional notebooks such as an optical disc drive. Yet, the Air currently ships with the same operating system and software as other Macs, although that might not be the case for long. If Apple is eying this transition, it would make sense to begin it with a product that has always been marketed as “cutting-edge”. In addition, Apple is said to be looking to scrap its partnership with Intel, at least with the Air, and start bundling in its own A6 processor, which is also rumored to be bundled with the next-generation iPhone and feature similar performance to the one provided by the most current consumer-grade Intel chips, as explained by the analyst:

We believe Apple is ready to start sampling the A6 quad-core app processor and will be the first such multi-device platform capable of PC-like strength.

According to Misek, the main factor that might take Apple down this road will be the need to bring all of its products closer together, which is hard to do while supporting two competing platforms:

Users want to be able to pick up any iPhone, iPad, or Mac (or turn on their iTV) and have content move seamlessly between them and be optimized for the user and the device currently being used, […] We believe this will be difficult to implement if iOS and OS X are kept separate.

While the transition should ramp up rather quickly, Apple’s more traditional products such as the MacBook Pro and the iMac might take quite a few more years to fully make the move, perhaps as much as 4 years. Yet, the rug is slowly being pulled from underneath OS X: last month, Apple discontinued the white MacBook, its traditional consumer-grade notebook computer, incentivizing more customers to get the MacBook Air instead. If the latter is indeed revamped next year, a large amount of users would find themselves landing on the hybrid operating system.

Will OS X be phased out completely? As the platform ages, that’s an absolute must, but as iOS becomes more popular, maybe the death of the 10-year-old system is just what Apple needs to leave its “niche market share” legacy behind.