Apple Plans To Add Voice Recognition To Its EarPods

Along with the iPhone 5’s release back in late 2012, Apple also took the wraps off its new EarPods earphones, which represented a marked improvement upon the previous ear buds in terms of design, audible output, and comfort. Aside from packing a mic and some basic controls, there wasn’t really much else to tell about the EarPods, but a new patent filing by the Cupertino company suggests that an accelerometer and beamforming mics could be thrown in to an improved edition, allowing the peripheral to include its very own voice-recognition facility.

According to the filing, which was today published by the U.S. Patent and Trademark Office, the improved system would be able to detect the spoken word of a user, which would, in turn, prompt a noise suppression system that would activate the beamforming mics. 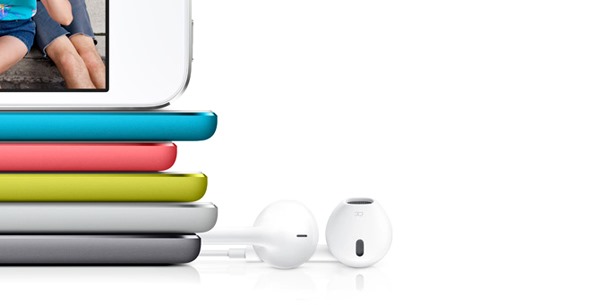 The entire system would be made possible thanks to the in-built accelerometer and two mics, which combine to create the advanced noise-suppressing infrastructure. As you can see from the drawings accompanying the patent, it goes way beyond the present EarPod configuration, and even though most users are pleased with the out-of-the box experience offered by the current version, Apple is clearly looking to take things a step further.

It’s a fairly sophisticated system, but in layman’s terms, the accelerometer could be able to essentially pick up on vibrations made when you speak. This is known as a voice activity detector (VAD), and is a clever little process that would, if implemented, help the system to operate in the seamless, "it just works" manner for which Apple is renowned. 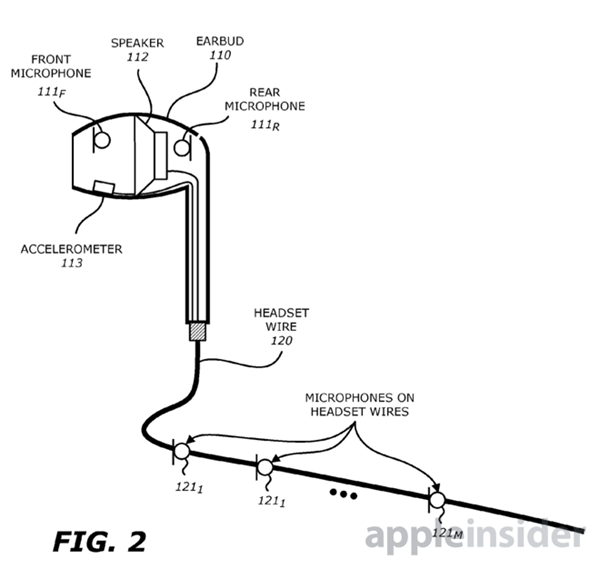 Given that this is just a patent filing, it’s impossible to say for sure whether Apple even has any plans to roll it out, let alone to the EarPods line. But with the much larger iPhone 6 supposedly slated for a fall release, it may well be that the associated products around the company’s prized asset are in for a similarly impressive upgrade. 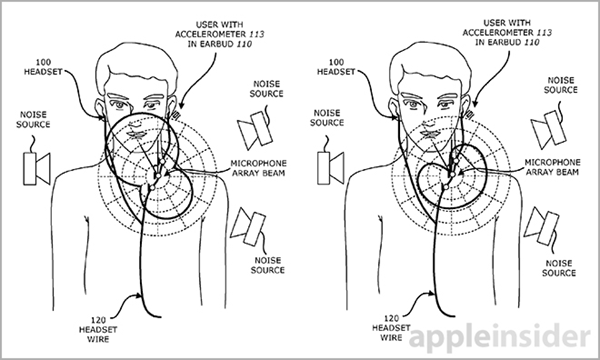 Even though EarPods do produce much better sound than those old Apple earbuds, there’s definitely room for improvement, both in terms of audio output and sound leakage. So hopefully, if the fruit company does plan to integrate voice recognition into the EarPods, let’s also hope that the pre-existing issues will be addressed.