Apple and patents are almost synonymous really, and the company has just patented a new breed of keyboard design, one which entails touch sensitivity coupled with the traditional mechanical keystrokes.

Apple had apparently filed for the design of this new “Fusion keyboard” back in 2011, but today the U.S. Patent and Trademark Office has just published the patent application detailing the concept and confirming that Apple now enjoys all rights over such a design. The touch-sensitive interface has been layered over each individual key as can be seen from the diagrams supplied by Apple, though the keys do retain their mechanical function as well. 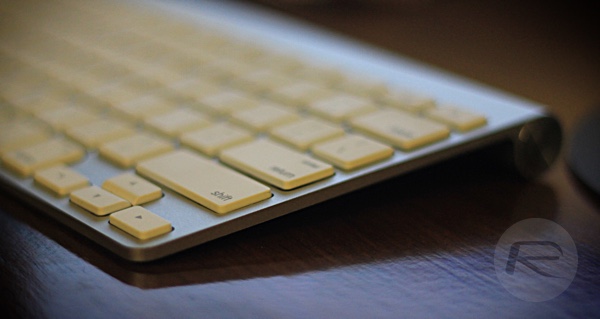 Through this, this new keyboard will be able to detect the traditional swipe and zoom inputs that are exclusive to the MacBooks’ trackpads for now. With the Fusion keyboard, such functions can now be spread across all the touch-sensitive keys and whether the keyboard will make it on to the MacBook lineup or be implanted as an external accessory for an iMac or Mac mini, remains to be seen, though it wouldn’t be a surprise if both external and integrated designs hit the market. 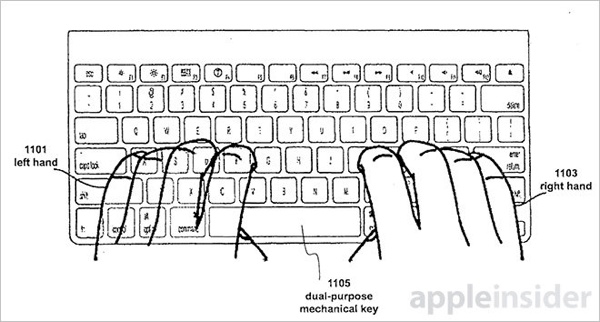 Such a feature could introduce multi-touch input as well per se, but it’s too soon to tell given that we don’t know how Apple plans on implementing this technology, but it does roughly sound close to the Force Touch tech we’ve been hearing a lot about from various sources, given how the keys respond differently under two levels of pressure. 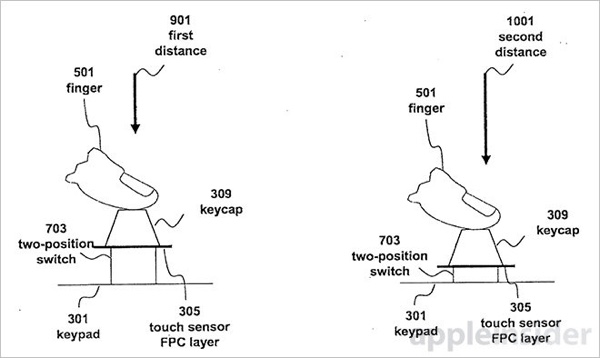 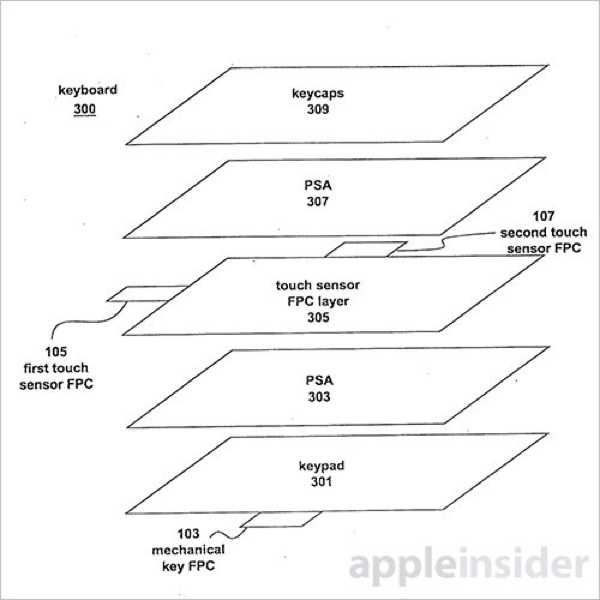 The new 12-inch Retina MacBook already sports a newer kind of keyboard, one that employs a new and lighter butterfly mechanism, which of course, helps with the sleeker and more flushed overall design on the machine. As for what this new patent describes, this could either be pushed out to the higher-end workhorse of a MacBook Pro and the iMac models, or it may well be that Apple is looking at an entirely new update down the road to its accessories. There’s also a good possibility that as has been with many Apple patents in the past, this one gets swept under the rug for some time as well.

But waiting down the road to see what Apple has planned for its future keyboard doesn’t hurt, does it?