With every day passing by, we get a step closer to next-generation iPhone. With so much attention being lavished on the new iPhone over the last few months, interest in the device seems to be at unprecedented levels with consumers and technology enthusiasts all over the globe waiting with bated breath to see what Apple will bring to the table with their latest creation. The various leaked photographs that have surfaced have given us a pretty decent insight into what to expect aesthetically, but the internal specifications remain largely a mystery, with only a few educated guesses being made about what we should be expecting. With that said, we shouldn’t be entirely focusing our attention on new hardware when we still have current-generation devices in circulation.

On the topic of current hardware, the guys over at 9to5Mac pointed out last night that their sources were suggesting Apple was about to release a new Bumper case onto their product line that could either be a new design to work alongside the next-generation iPhone or more likely would be released to fit the iPhone 4 and 4S that is still going strong in the industry. As it turns out, that release of the new Bumper has come a lot quicker than we expected and is now available to purchase from the Apple online store for $29.00.

We should all be familiar with the Bumper cases already, introduced by Apple in the iPhone 4 days, and offered by the company as a solution to those who were having issues with cellular signals on the device. Until today, Apple only offered the official Bumper in black, white, pink, blue, green or orange, with the release of the official PRODUCT (RED) Bumper bolstering that line up and giving users an additional and rather fiery looking new option to choose from. As well as being a great addition to the iPhone, offering a little bit of style and great protection from bumps and scrapes, the new Bumper is also part of the PRODUCT (RED) campaign which Apple has been involved with in the past, with each sale generating funds that will go to humanitarian causes to help fight AIDS around the world and make the lives of millions of people a lot better. 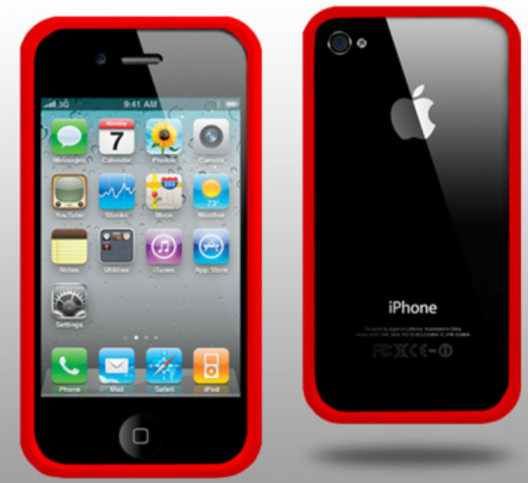 The new Bumper is available to purchase immediately with a shipping time of 4-6 business days. Head on over to the Apple Store now to not only dress your iPhone up in the latest color Bumper, but to also do your part in helping raise awareness for a great cause in and around Africa.