Having previously been available as part of a trial at select Apple Stores, a new service, which sees Apple staff install Belkin screen protectors on iOS devices has kicked off across the globe.

Installing screen protectors on any smartphone or tablet can be a real bind, so the idea of having someone else install such a thing is something that we like very much. Apple apparently understands the struggles with getting these things on correctly as well, so those wishing to buy a Belkin screen protector can now ask for it to be applied in-store, with a special machine used in order to get the thing on properly. 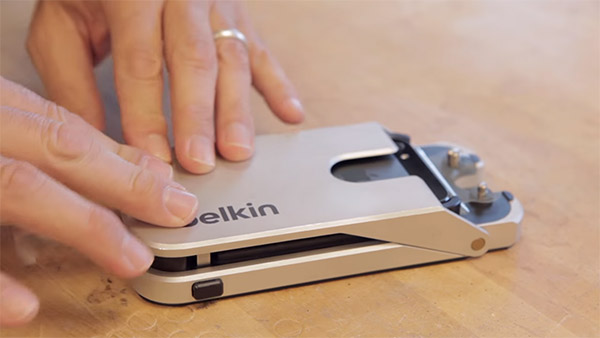 A video showcasing the Belkin’s new offering explains why the machines needed to be made, and how they were designed using measurements accurate to the micron.

90% of customers said they would purchase screen protection for their new device. 10% actually do. Reasons ranged from compromising the look and feel of the brand new smartphone to anxiety about applying the film perfectly.

The machines, called ScreenCare+ machines, allow for the precise fitting of screen protectors that would otherwise be installed using nothing more than a squeegee and a good eye. The results were often bad, with bubbles, dust and the like getting trapped between the protector and the screen. Apple’s system eliminates all that, but if Apple does make a mess of one of your protectors, then it will replace and re-fit it without issue.

Right now, the only devices that can have screen protectors professionally fitted are those in Apple’s most recent lineups. The iPhone 6, iPhone 6s and their Plus counterparts can have Belkin’s screen protectors fitted by Apple, though we wouldn’t be surprised if they add support for iPads and other iPhone models soon enough.

The Belkin screen protectors that can have the Apple Genius treatment include the Belkin TrueClear Invisiglass Screen Protector and Belkin TrueClear Anti-Glare Screen Protector, so if you are looking to pick either of those up but have been worrying about whether you have a steady enough hand for the job, then worry no more. Apple’s got your back.