It has had a good run, but today the iPhone 4 has reached the end of the line with Apple now officially marking it as obsolete. Having been announced by then CEO of Apple Steve Jobs (his last iPhone unveil before death) and released back in the summer of 2010, the iPhone 4 survived a full six years before its obsolescence, and was last on sale in 2013.

The move to obsolescence will now mean that those with iPhone 4 handsets will not be able to have them repaired by Apple, unless they happen to have been bought in the state of California or in Turkey in which case the phone will be serviceable for a further two years. For reasons unknown, Apple offers support for old devices in these regions up to 7 years, instead of the usual 5 to 6.

The iPhone 4 was a big design departure from previous iPhones following the rounded plastic and metal constructions which had stood previous iPhones in good stead. With its glass construction and a metal frame providing an overall more premium experience than other smartphones on sale at the time, the iPhone 4 and subsequently the iPhone 4S were very well received despite the initial Antennagate issues.

It was arguably a game-changing smartphone of the time that set industry standard for what a premium smartphone should look like, with best design, best camera and best display of any smartphone available at the time. iPhone 4 carried the now-famous “This changes everything. Again.” tagline.

Apple’s current flagship iPhones, the iPhone 7 and iPhone 7 Plus, barely resemble the iPhone 4 or the iPhones which immediately followed it. Next year’s iPhone 8 is expected to once again return to the glass construction of the iPhone 4 though, with Apple keen to celebrate the iPhone’s tenth anniversary with something a little bit special. Expectations are that the next iPhone, dubbed the iPhone 8 rather than iPhone 7s – as would perhaps be expected – will be announced and released sometime in September of 2017. So that should be obsolete in, oh, about 2023. 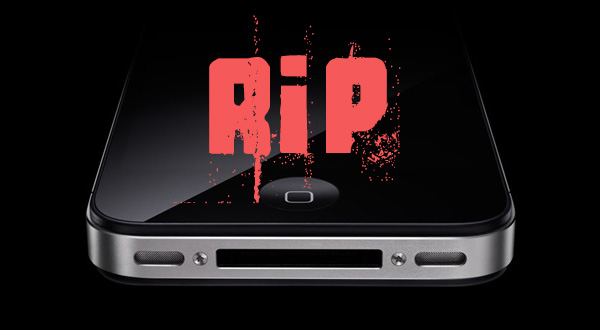