As part of a touching tribute to the American actor and stand-up comedian Robin Williams, Apple has created a unique section withi its iTunes Store that houses a number of his globally loved movies as well as some of his most famous comedy routines that made him a household name around the world. The “Remembering Robin Williams” section of the iTunes Store is Apple’s method of paying tribute to “one of the most beloved and unforgettable performers in the history of show business“.

The tragic news of Robin Williams’ passing reverberated around the world this morning, with Apple showing an almost immediate desire to remind us all why we took Williams to our hearts during a career that spanned five decades. The dedicated section of the store contains a number of different sections, including “Action & Adventure“, “Comedy“, “Sci-Fi & Fantasy” and “Kids & Family“. Classic movies such as Good Morning, Vietnam, Mrs. Doubtfire, Patch Adams and Happy Feet are all included, as well as a beautifully touching paragraph of text that makes you realize how unique an individual Williams was: 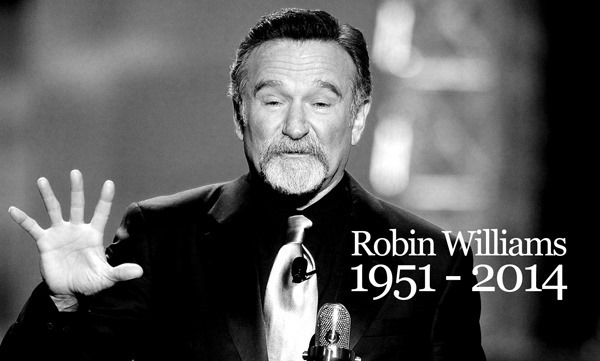 One of the most beloved and unforgettable performers in the history of show business, Robin Williams brought laughter and inspiration to millions. Throughout a career that spanned five decades, Williams evolved from stand up comedian to international movie star. Among the great masters of improv, he transfixed audiences with a mile-a-minute comic energy. Williams’ Golden Globe-winning turn in Good Morning, Vietnam demonstrated that his versatile acting talents were equally suited to evoking dramatic complexity. Many of Williams’ most iconic performances–in Dead Poets Society, Mrs. Doubtfire, and his Oscar-winning triumph Good Will Hunting–were dazzling high-wire acts that left audiences in tears of laughter one minute and tears of poignancy the next.

The death of one of Hollywood’s finest is clearly one that has been felt hard within Apple. The company’s CEO Tim Cook publicly declared via his Twitter account that he is “heartbroken” by the news. As Cook so eloquently put it, “he was an incomparable talent and a great human being“. 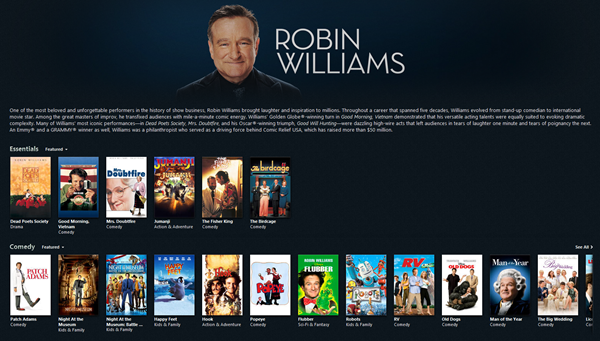 Rest in peace Robin Williams. The world will miss you.

You can check out the complete collection by heading over to this link. Like we mentioned above, there are plenty of great classics on offer, and there’s no better to relive Robin’s work, so be sure to check out what’s on offer.