OS X Mountain Lion, Apple’s most recent operating system for the Mac, has sold in excess of two million copies in just two days – on par with the release of OS X Lion last year, which shifted 1 million copies in its first 24 hours.

The new operating system includes many new features – some of which have been borrowed from the company’s iOS mobile ecosystem. Things like Reminders, iMessage and Notification Center made a name for themselves on the iPhone, iPad and iPod touch, but now take pride of place on the desktop.

The sales numbers are certainly impressive, and although famed for charging high prices on just about everything on sale at its stores, the $19.99 price tag makes it a real steal.

The total number sold is by no means an official count, but provided by the folk over at HotHardware, who’ve made an educated guess of Mountain Lion copies sold at 2.11 million. Apple will undoubtedly come through in the next few days / weeks to offer the world a more accurate figure, but it’s certainly a promising start.

Not only is it the ideal operating system for those wielding an iOS device (let’s face it, every Mac user has one), but it is the first step towards the unification of iOS and OS X, a bond that will only grow stronger as time presses on. Microsoft is already a generation or two ahead of its Cupertino rival – releasing a tablet fully-compliant with Windows 8 – but with technology moving at a quicker rate than it ever has, don’t be surprised to see the inevitable crossover begin sooner as opposed to later.

Last year’s download-only release of OS X Lion was very impressive, but if the totals gathered by HotHardware are correct, it would render Mountain Lion the fastest adopted operating system of all time. 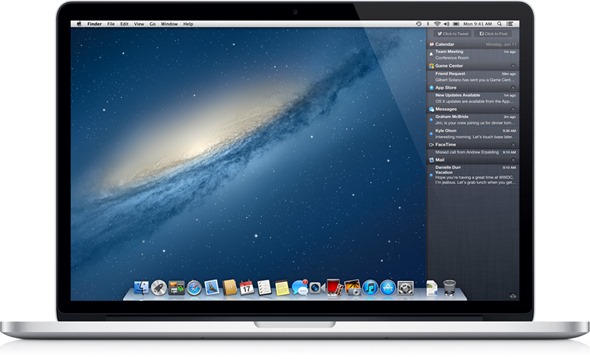 In addition, if we take into account a portion of Mac users will have gotten themselves a free upgrade (for purchasing a Mac within the last couple of months), Apple has just raked in nearly $40 million. Considering it hasn’t even been advertised properly, it’s mostly pure profit, and it’s of little wonder Apple is the world’s most valuable company.