Apple today announced new iMacs bringing 5K screens to its entire 27-inch lineup and adding a new 4K option to the lower-end 21.5-inch iMac. The new screens and improved specifications make these newly updated 21.5-inch and 27-inch iMacs the best yet, and they arrive after many years of iterations and improvements.

Apple is keen to show the world just how improved the new iMacs are, and what better way to do that than to compare them with the very first iMac to ever be announced? Dubbed the ‘gumdrop’ iMac and announced way back in 1998, the very first iMac was the first product to be announced following the return of Steve Jobs to the company that he helped create. The iMac was a big release for Apple, and the rest, as they say, is history. 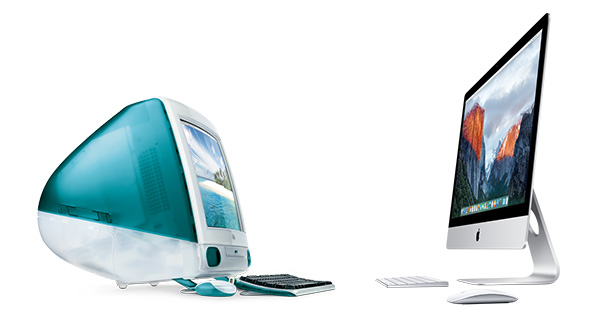 That isn’t stopping Apple from using that first iMac as a way of showing how far iMacs have come, though, even if it has the unfortunate side effect of making it seem so antiquated. 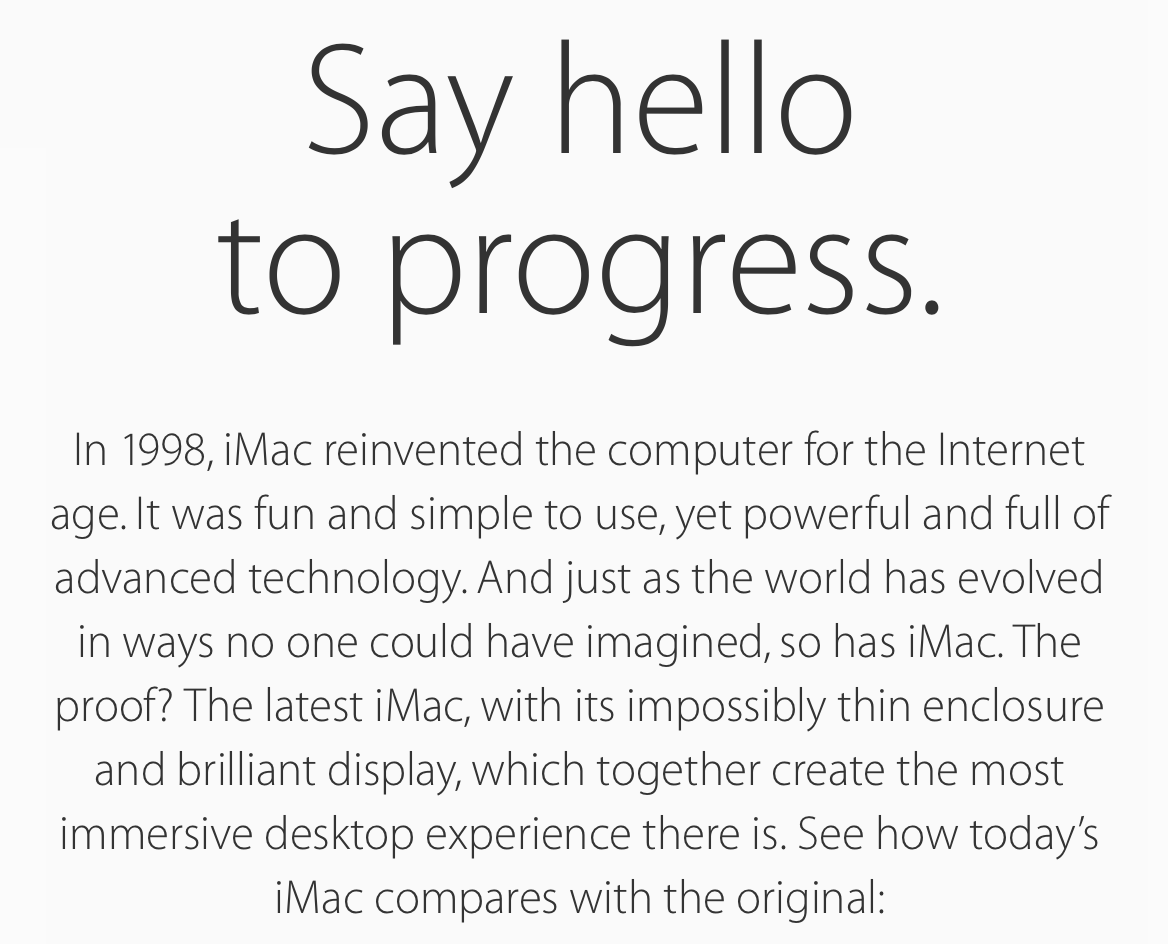 On a new “Then and Now” page on its website, Apple highlights just how different the 1998 and 2015 iMacs are. According to the company, the latest and greatest iMacs are capable of displaying 14 million more pixels than the 1998 product, with graphics that process 62,000 times faster. It’s not just graphics that have seen a big improvement in processing power, though, with the newer models packing 366 times more processing speed and a mind-bending 1,000 times more RAM. Storage comes in at 750 times the capacity of the 1998 model, too.

Unfortunately, Apple isn’t saying which specifications of the two very different machines it is using to base these comparisons on, but whatever they are, the pint still stands – the new 2015 iMacs are a world apart from the 1998 iMacs.

In fact, 2015 Apple is worlds apart from 1998 Apple, too. We’d love to see the Cupertino giant use a similar marketing strategy for its other, newer product lines as well. 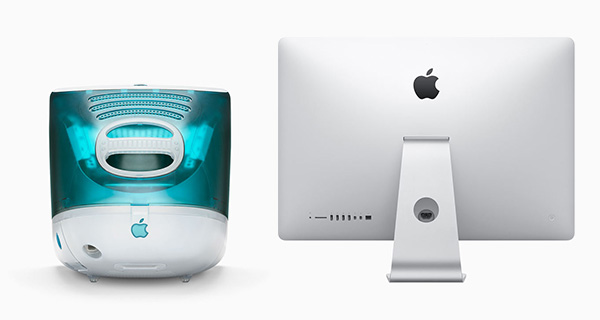