Apple Begins Offering Free Next Day Delivery On All iPhones In The U.S.

Samsung may be dominating the news cycles right now, but Apple is keen to remind everyone that it is still very much alive and kicking, with the company now offering all iPhones with free next-day shipping in the United States. More details after the jump.

Apple already offers free shipping on all orders above a given value, depending on the location, but the move to free next-day shipping is exclusive to all models of the iPhone, and will no doubt not continue indefinitely. 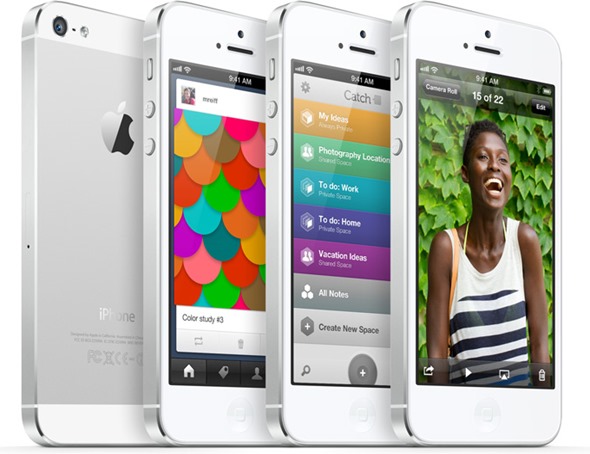 This is not the first time Apple has offer such deals on shipping, with holiday sales usually the trigger for such a reduction in rates. With Easter around the corner, we’re not convinced that Apple expects many people to be buying iPhones for their loved ones, but you never know!

Apple has not confirmed how long the free shipping offer will be available for, so if you’ve been holding off from buying an iPhone because of that extra shipping fee, then now is the time to get the credit card out and bag yourself an iPhone with free next-day shipping. An amazing deal we must say.

Samsung has been in the headlines of late, leaving Apple to sit on the sidelines. The Galaxy S4 is Samsung’s new flagship handset, and with HTC also launching a new phone of late in the form of the One, the iPhone finds itself on the periphery of the news cycle for a change. Apple obviously doesn’t want that to become a habit, and effectively offering a price drop on all models – assuming you don’t live near a store of course – is a good way of reminding everyone that your handset is still one of the best around. 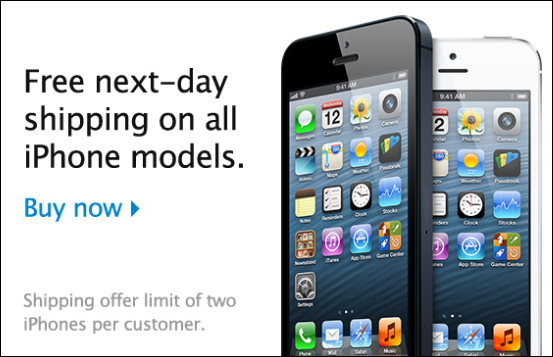 Many people of course will still be waiting for Apple’s next iPhone to be announced later this year. With the iPhone 5 now in the middle of its lifecycle at six months old, anyone buying a new phone now will have to decide whether they can wait to see what Apple has up its sleeve nice time around, or whether to pick up an iPhone 5 right now.

We’d recommend checking out the competition, too, but if you’re in the market for an iPhone, it doesn’t get much better than the iPhone 5.

For now, at least.