Having wowed the crowds with the introduction of the next-gen MacBook Pro, Apple’s Craig Federighi began unveiling some brand-new features of the forthcoming iteration of OS X, known as Mountain Lion. As well as reiterating what’s already been showcased in the Mountain Lion Preview, he also gave an in-depth look into some of the new apps and features Apple has been working on over the past few months, in anticipation for the release in July.

Of the 200 or so new features from OS X Lion, there’s now deep integration with Twitter (sans iOS 5), and interestingly, a powerful new implementation by the name of Power Nap. Whenever your device is in sleep mode, it automatically backs up and refreshes data in a passive, power-efficient manner. The feature, which works with MacBook Air notebooks as well as, of course, the next-gen MacBook Pro.

There’s Baidu support for the Chinese market, and to step things up a notch on the gaming front, there will be cross-platform gaming between iOS and OS X devices. That’s right; as of next month, you could be playing a game on your iPad versus somebody else on a MacBook, and given the constant improvements to Game Center, it should be a smooth and entertaining experience.

Sharing is also vastly enhanced, and with the touch of a button, you can share things from almost any application thanks to a system-wide share button. So whether you want to post a picture to Twitter, or share a link via e-mail, Mountain Lion will have you covered.

It will cost a mere $19.99 – even cheaper than Lion, which weighed in at $29.99 – and just a fraction of what you’ll be looking at for the higher-end versions of the upcoming Windows 8 operating system from Microsoft. 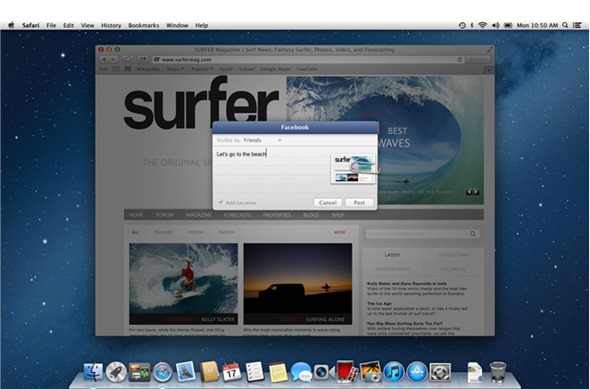 It’s extremely good value for money, and considering it grabs some of the highlights of iOS and wonderfully (and relevantly) intertwines them with OS X. Given the low cost to boot, I see no reason for any Mac user neglecting to update to Mountain Lion. 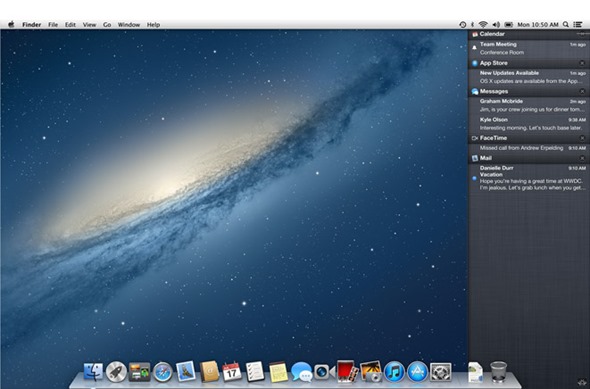 No actual date was given on a release, although it will become available as of next month. Those running Lion or Snow Leopard will be able to update without fuss, and given the many improvements and enhancements, it’s certainly something for Mac users to look forward to.