With Apple purported to be refreshing its iPhone and iPod range and bringing forth iOS 5, it’s only fair that the Cupertino gives the iPad a little airplay, if you’ll pardon the pun. 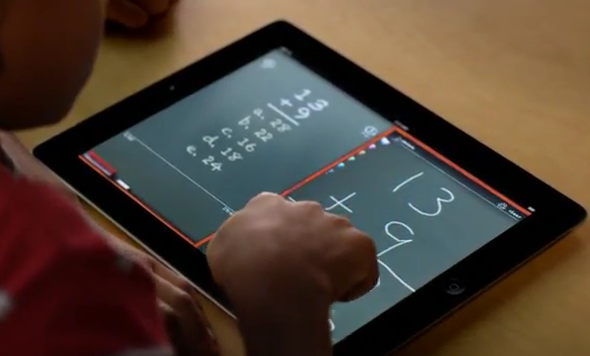 Since the launch of the original iPad just last year, it has proven to be a very versatile product which benefits a number of situations, and the latest of Apple’s many simple-yet-effective ad campaigns focuses on one benefit in particular – learning.

Productivity has always been one of the main selling points of the iPad. The iWork suite makes it easy to organize and carry out meetings and conferences on the move, and there are plenty of ways to create, export, print and share documents on-the-go.

It has, no doubt, also been portrayed as a great gaming device, and many of the hits of the App store such as Angry Birds and Real Racing have found a successful home-from-home on the larger device.

The skeptics and cynics were quick to write off the iPad as a gimmick, or a large iPhone, but the portability and interaction paired with a little of the Apple touch has seen the device become a huge hit, and turned tablet devices in general from an idea with potential, to a competitive market which it now dominates.

The advert itself is very clever; it plays on the human trait of curiosity in order to draw in potential consumers. Take a look:

Most humans have something they wish to learn and gain some superior knowledge of, but don’t have the time, patience, belief, money, or all of the above in order to bite the bullet and do so. The ad plays on that – it identifies that you’ve a potential gap in your life and that the iPad is on call to fill that void.

Let’s face it, if you want to learn, you will. If you don’t, Tim Cook and his merry men won’t be able to save you, but will happily take a few hundred dollars of your money.

That said, there’s no doubt that the capacity for learning on the iPad is potentially huge. Such a device is arguably as interactive as it gets, and there certainly isn’t a shortage of apps available to help along the way. From Double Dutch to Cantonese, there are hundreds throughout the App Store that cost less than those tutorial DVDs.