For all of its strengths, one drawback of owning an Android device is the increasing number of threats from malware. While Windows Phone and iOS are largely considered to be safe from attack, there are scores of fake .apk files and other non-niceties lurking about aimed at those using Google’s market-leading mobile operating system.

Android users are understandably vigilant, and even though the advice on malware avoidance is usually to stick with the Google Play Store as opposed to untrusted, sometimes unregulated mediums, often apps from Google’s online sanctuary can request more permissions than deemed necessary.

With a lot of apps, permission is required to access certain aspects of your device, and most of the time, the request is more than warranted. For example, if your app is centered around improving the way your contacts are displayed or organized, it figures said app will want / need to access your contact list in order to work its magic. However, some ask make some rather dubious requests, leaving users wondering whether access is generally required for the greater good of the app, or indeed whether its simply a guise to squeeze as much information as possible. 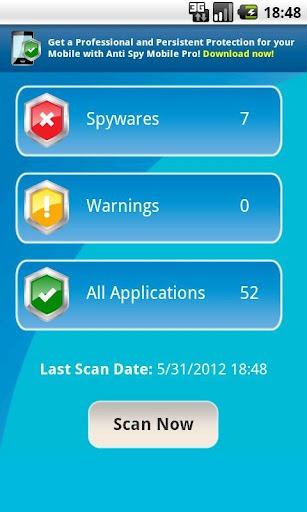 Anti Spy Mobile, created by XDA Developers member pandata000, allows you to check exactly which permissions an app has been granted, whilst also keeping tabs on any apps which show signs of malicious intent. It allows you to scan for malicious apps, spyware and other generally bad stuff, and not only does it have its own hit-list of dodgy apps, but it checks what you have installed to ensure you aren’t already harboring anything dodgy.

There are plenty of anti-malware apps for Android, particularly given the marked increase in outbreaks over the past 12 months, but as well as simply pointing out malware, the feature monitoring permissions on all apps certainly gives Anti Spy Mobile the edge over any we’ve covered here at Redmond Pie. 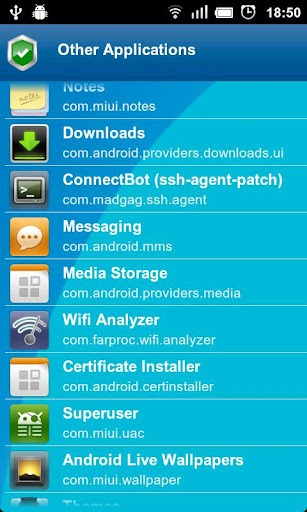 With banking, e-mail, and various other sensitive data now passing through our smartphone and tablet devices, it is of paramount importance that you arm them against the unscrupulous individuals behind the malware, so be sure to download Anti Spy Mobile from the Play Store link provided below.