Angry Birds Rio For iPhone And iPad Becomes Free App Of The Week, Get Downloading!

Games are a strange genre. They’re insanely popular (just take a look at the best-selling or most popular titles across any App Store), and their dynamics are far from predictable. Sometimes, mindless, meaningless and dead simple titles would become overnight success stories, while other much well-developed and thought of titles would remain trailing in the abyss of non-recognition. Then, there are those cases too, where persistence and perseverance pays off. Rovio Entertainment’s Angry Birds lineup is one story that adheres to the latter category – a company on the brink of closure comes up with a title after countless attempts that becomes an insane hit with the masses, doing for Rovio what few titles have been ever able to achieve for their developers.

Angry Birds franchise has come a long way since the original game was released for iOS and Android, and they’ve expanded not just across portable devices, but through Facebook, too. Then, there’s a whole lot of other items that, one way or another, reflect the Angry Birds phenomenon. Some of the newer titles in this lineup, like Angry Birds Star Wars, have not only blended the two insanely-popular franchises with sweet harmony, but also changed the gameplay to a huge extent. With Angry Birds, the current titles keep expanding, while new ones keep coming up on top. 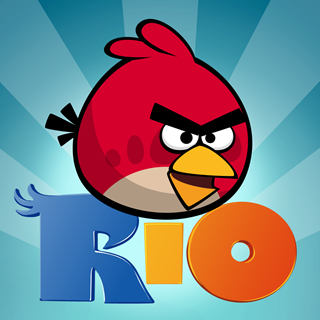 It seems there’s no real end to the popularity that these games would garner, which is supported by the fact that Angry Birds Rio has been nominated iTunes App Store’s Free App of the Week! 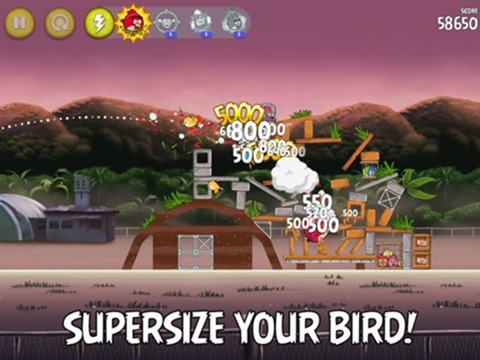 For most people, Angry Birds Rio hardly needs any introduction, which was released in correlation with the hit animated picture. The storyline revolves around the kidnapping of the original Angry Birds, their captivity in the magical city of Rio de Janeiro, the heroic escape and the quest to liberate their friends, Blu & Jewel – the stars of the actual motion picture. Of course, with a game like this, there’s not a real storyline, per se, but you get a sense of what’s going on through the between-levels storyboards. 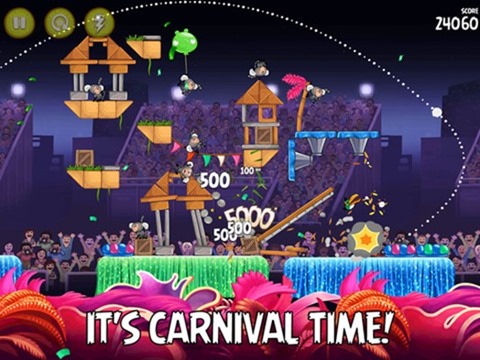 Any game in the Angry Birds series hardly needs introduction, but Rio had certain gameplay elements that other titles lacked. It makes sense, too, since unless every variant offers something unique, people would find little reason to spend on it, even if it’s just a dollar. And, if you take advantage of this week’s promotion, you can get both the iPhone and iPad variants of Angry Birds Rio for free, reduced from the regular price point of $0.99 and $2.99, respectively.