Android N Has iOS-Like 3D Touch Feature, Here’s What It Looks Like [Video]

Google’s really ramping up the Android N development cycle, with the second developer preview already in the hands of developers and those who simply want to get their hands on the latest, shiniest version of Android that Google has to offer, whether that’s a good idea or not!

Whatever your stance on semi-public beta programs, Android N’s second developer preview has one particular addition that will be immediately familiar to those carrying around iPhone 6s or iPhone 6s Plus handsets, because it now looks like Google is getting ready to add 3D Touch-like functionality to Android. Google is calling it Launcher shortcuts. This isn’t the first we’ve heard of this, with rumors regarding Google’s next Nexus device having already suggested the addition of 3D Touch-like feature while ago. It isn’t the first feature in Android N that seems to have been inspired from Apple’s iOS 9 either. 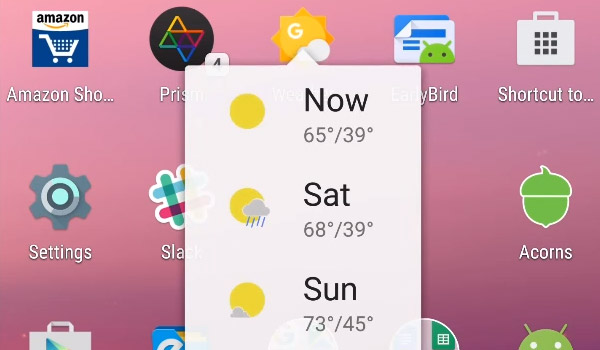 3D Touch, for those not familiar with the technology, allows iPhone users to access extra menus and options by pressing more firmly on icons or user interface elements. That ability to sense different strengths of pressure is what makes 3D Touch so impressive, and Google is now building a similar feature into Android N.

If there’s one good thing about everyone having access to Android N, it’s that people make YouTube videos of new functionality, and that’s exact what has happened today in the wake of the news. The embedded video shows a user accessing the 3D Touch’s Quick Actions-like functionality by swiping on icons inside Nova Launcher, but it’s a safe bet to say that on devices with pressure sensitive displays, it will work with touch pressure rather than a swipe.

Apple’s own pressure-sensitive input first debuted on the Apple Watch as Force Touch and while some find it indispensable, others claim to have never used it. 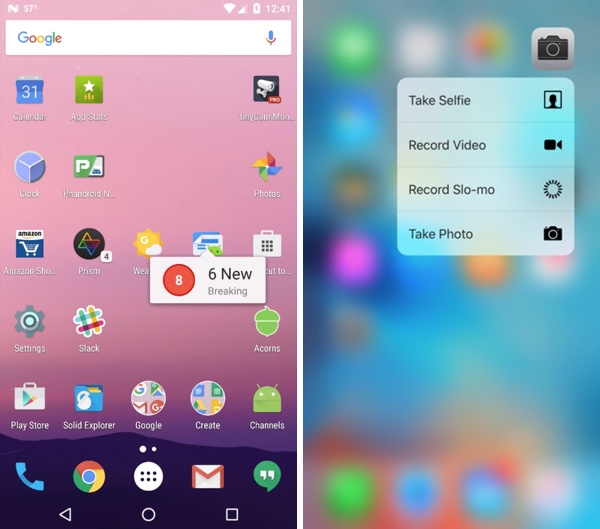 With Google baking a similar technology into Android N, those who own hardware that supports it in the future may get a chance to judge 3D Touch-like functionality for themselves towards the end of this year.