We told you recently that Apple had released its first ever Android app, but things aren’t going quite according to plan for ‘Move to iOS.’ After initially arriving on the Google Play Store a little over 24 hours ago, the app now has thousands of 1-star ratings, with reviews being left that seem to have little to do with the app itself, and more to do with Android device owners apparently feeling the need to shout about why Apple sucks and Google doesn’t.

Well, that was entirely predictable, wasn’t it? 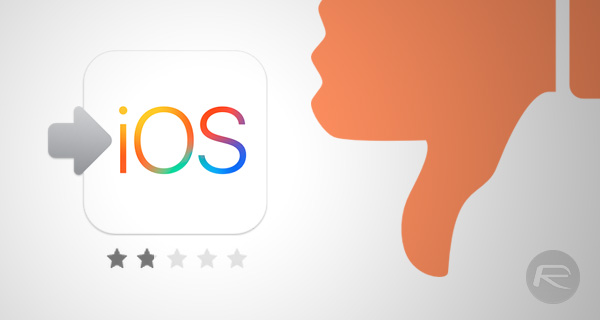 The app, which makes it easier for people to make the switch from an Android smartphone or tablet to one of Apple’s iPhones or iPads, is a free download for anyone who wants it. Unfortunately, it seems that the app’s Play Store page has become a place for Android fans to go to vent about Apple, its hardware, its software and just about anything else they can think of. At this point, we can only assume that few, if any of the reviews or star ratings were left by anyone who has actually used the software, but the end result is still the same – the Move to iOS app is not being well received by the Android natives. 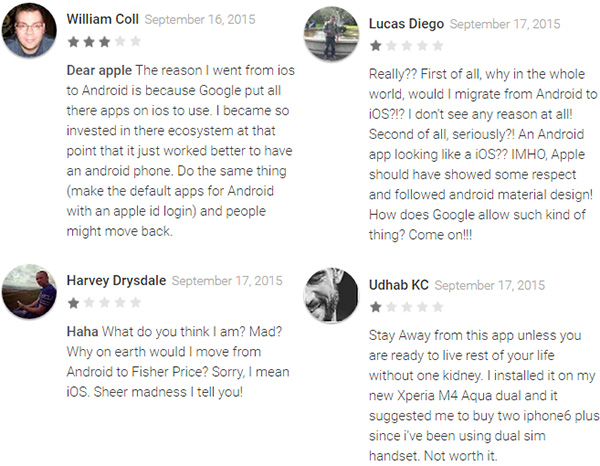 The comments left as reviews are par for the course in what has turned into some sort of holy war between iPhone and Android fans, with both sides getting a little carried away with themselves. Why anyone who owns an Android device feels the need to go off the deep end about Move to iOS is anyone’s guess, though at the moment, it’s unfortunately par for the course in such things. The app’s overall rating currently stands at 1.8, where 1-star reviews form a majority of the votes at over 10k out of a roughly 13k total.

Given the state of some of the “reviews,” we can’t help but think that some of these people would be better served spending more time in the classroom and less time concocting strangely incoherent walls of text in the Google Play Store.

We can only hope.