Factory Reset Protection on Android smartphones by both Samsung and LG has already been cracked wide open, and while some may have thought that other high-end, brand new devices are immune, they’d be wrong. Now the Nexus 6P, 5X, 6 and 5 have joined the collection of devices that can have their FRP reset with relative ease.

Android’s Factory Reset Protection is simply aimed at stopping those who get their hands on stolen or lost smartphones from being able to use them, and it can be an effective tool when needed. It also means that those who look to steal smartphones will hopefully be aware that they may not be able to sell them on, or even use them, thanks to FRP. 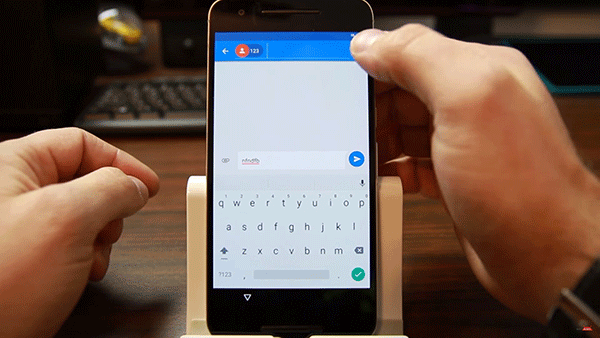 Unfortunately, we already know that LG devices, including the recently released LG V10, are handsets which contain FRP that can be bypassed with relative ease as shown by one YouTube user who brought the problem to everyone’s attention. Now that same YouTube user has produced a new video, this time showing how to bypass Factory Reset Protection on recent, Google-branded devices – the Nexus 6P, 5X, 6 and 5. In fact, the video goes on to mention that the same exploit should work on any phone that has Google Keyboard and “basic stock applications.”

The video dealing with the process does, however, point out one potential fact that would prevent the FRP being bypassed – the handset needs to have a SIM card installed because the whole thing hinges on being able to create an SMS message, which, in turn, offers a way into the phone’s software via a route that while needing a few taps, isn’t exactly complicated. The end result is the Settings app being opened, which means a factory reset can be initiated. At that point, all bets are off, because the reset will wipe the handset and any protection it has, returning it to what is essentially a clean slate for anyone to use as they please.

Of course, none of this is good news either for device makers or those who have their smartphones stolen, but it does mean that those responsible for creating tougher anti-theft protection can now do so, hopefully taking this information and using it to make sure that the next iteration of Factory Reset Protection is even more secure.

Hopefully, they’ll do it quickly too. Given the speed at which some Android devices get updated, though, we’re not expecting much.