The beauty of Android is that it’s not just limited to one specific manufacturer or operating system variant, which gives it the real edge over Apple’s iOS. The iPhone in comparison has only one company behind it, and while their work so far has been nothing sort of stellar (I am talking the sales volumes here – no judgment), the open source nature of Android and the large manufacturer support behind it makes the platform far more diverse and unique, not to mention variable. The availability of multiple OEMs not only impacts the buyers’ choices and hardware diversification, but also impacts the software side of things. How? HTC has its Sense theme, Sony came up with Timescape. Samsung favors TouchWiz and Motorola cooked up MotoBlur, just to name a few Android skins.

Then, there’s another kind of variety that comes from the developer community. When CyanogenMod came into being – the first and foremost custom AOSP build of Android, it started a never-ending parade of followers that all boast their own set of features. AOSP ROMs are essentially cooked directly from the Android Open Source Project, and hence, stick as close to vanilla Android as possible, putting more power in the users’ hand as opposed to making the choices themselves. The same theology works behind AOKP (Android Open Kang Project), which, despite looking like a rip-off of CM, holds its ground steadfast in terms of loyal fan-following. 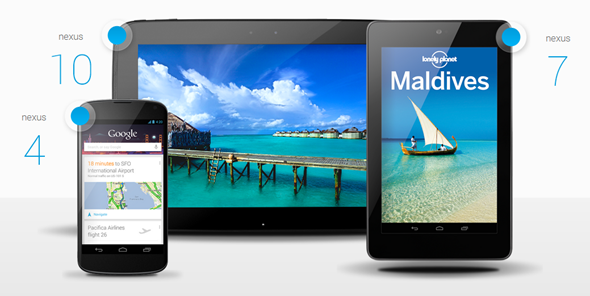 AOKP ROMs have certain features that are absent from CyanogenMod, and no matter what people claim (or accuse) the project of being, it continues to grow. Just recently, official AOKP builds have been released for the Nexus lineup of Android devices. What’s special with these builds is that they’re based on Android Jelly Bean 4.2.1, marking the famous ROM’s entry into the latest and greatest (so far) of Android versions.

It makes sense that Nexus devices would receive 4.2.1 based AOKP first, since these have always been the favorite for all AOSP developers. Currently, the build has been released for both International and Verizon variants of Galaxy Nexus, Google Nexus 4, Nexus 7 & Nexus 10. As for what it contains, here are some of the highlights:

The release marks just the beginning, and we’re certain that more will follow suit for other popular devices. AOKP has many developers building for different Android smartphones, so there’s no reason to lose hope if you don’t currently rock a Nexus device.

Head over to aokp.co for more details.