Ever since Google pushed Android 4.1 Jelly Bean to the Android Open Source Project (AOSP), we’ve seen a bevy of quickly put together ROMs for popular devices. Smartphones like the Galaxy S III, One X and tablets like the original ASUS Transformer and Kindle Fire all have one or more Android 4.1 Jelly Bean based custom ROMs available for those who want to get a taste of the confectionery.

Now, we’ve received news that the original Galaxy Tab 10.1 and 8.9 have received Jelly Bean. Each device actually has two ROMs available for it, but we’d be getting ahead of ourselves if I detailed them here. Check them out after the jump.

The news comes from mobile modding and development forums XDA Developers in the form of threads posted by the developers themselves.

Every ROM has a slightly different list of features that are working (and non-working). On the Galaxy Tab 8.9, the AOSP ROM is more stable whereas CyanogenMod 10 is more stable on the Galaxy Tab 10.1. Keep in mind that these ROMs haven’t received a good amount of development time, so they are nowhere near up to the mark of what the final official Jelly Bean will be like for the tablets (whenever Samsung decides to push the update, that is). 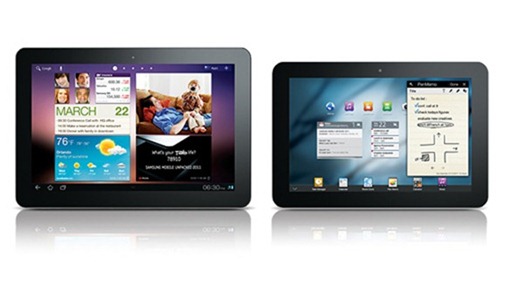 If you’re the type who likes to stay ahead of the curve, you can go on over to the official threads we’ve linked to below, and pick and choose between the ROMs keeping in mind what’s working and what’s not. Download links and instructions can be found within.

After flashing the ROMs on your Galaxy Tab, don’t forget to let the developer know of any bugs you encounter, and of course how they can improve the ROM.