Probably one of the most talked about features on the latest iteration of the Android operating system is the facial recognition unlock software that comes bundled with it. The ability to use your own face to unlock your mobile telephone or tablet is one of the coolest new updates we have seen implemented into a mobile operating system in recent times, but questions will always surround how secure this actually is. 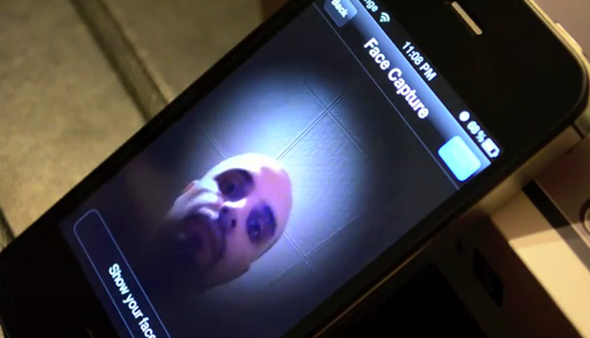 Various reports and experiments have spread around the world wide web since the release of Ice Cream Sandwich which show that the facial unlock system can be bypassed using only a photograph of the owner which does pose certain security risks. However, with this being the first time that this type of technology has been integrated into a mobile operating system there it can be treated as novelty item while the bugs are being worked out.

The exciting thing is, that when the bugs and inefficiencies are removed, I can see this being an extremely exciting technology and feature which has plenty of innovative applications built around it. It could certainly prove to be the future of mobile device security, just as biometric retina and fingerprint scanners are becoming the norm for door access systems across the world.

In the early part of 2011, I can remember hearing murmurings around the iOS jailbreak community about a developer who was attempting to produce a tweak which used the front facing camera of the iPhone 4 and iPod touch 4th generation to scan a users face and grant access to the device based on the scan. This tweak was eventually given the name ‘RecognizeMe’ and released onto the Cydia store to mixed reviews. The tweak revolved around training the device to recognize your face using a training application, but essentially offered the same core functionality that the facial recognition software in ICS does.

However, it seems now that the ability to use your face a device unlock tool may be about to gain some legitimacy by making its way onto the iOS App Store. Various sites are reporting that a new application is in development which aims to duplicate the features within Ice Cream Sandwich. The video below shows the application in operation, including approval and rejection recognition attempts. I am pretty sure that this application would prove immediately successful in the App Store should it manage to get passed the strict guidelines and testing engineers at Apple.