It doesn’t actually feel like it’s been twelve months since last year’s Black Friday deals were rife amongst the Internet. But alas, it has, which means that Amazon’s early Black Friday extravaganza has come back around once again.

That means that the behemoth’s early Black Friday 2016 sales event is in full swing, offering deals and money-saving incentives on a ton of products across all genres. That’s all well and good, but how would you react knowing that some of the best deals aren’t actually being served up to consumers via the web, but are being kept exclusively for Prime members with access to an Alexa-enabled device? 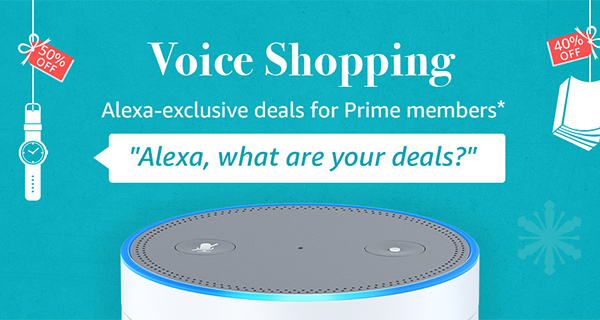 Outrage may be the first primal emotion that comes to mind, and probably rightly so if you’ve been trawling through pages and pages of Amazon deals thinking that you’re looking at everything that Amazon has to offer. As mentioned above, the company has started off its Black Friday event early by keeping some of the best deals to one side and making them only accessible via the Alexa on a compatible device.

So, if you are one of the lucky individuals who owns something like an Amazon Echo or Dot and are a Prime subscriber, then you can simple say “Alexa, what are your deals?” on a daily basis and you will be provided with a response containing all of the daily pre-Black Friday, Alexa-exclusive deals.

Those with the compatible devices are able to inquire about deals on a daily basis from today until Monday, November 21st. It’s then possible to have Alexa order any of the products that she brings back via the linked Amazon account and payment mechanism. 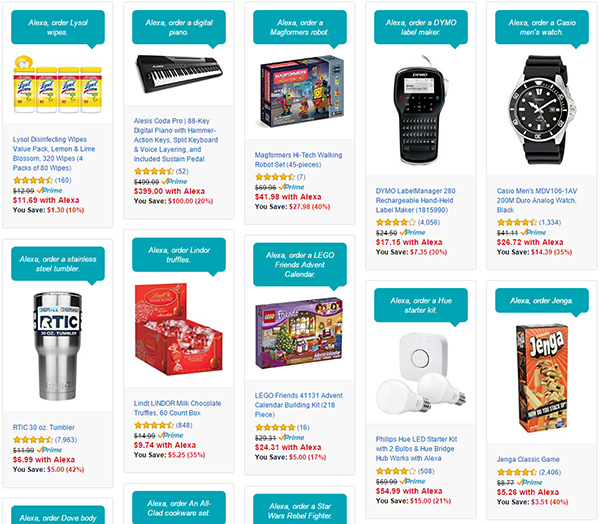 Alternatively, you can also visit the secret Amazon’s Black Friday deals page to view all of those “with Alexa” deals that Amazon is keen to keep to the elite minority. Trust us, the deals are most definitely worth checking out.

Oh and yes, Amazon is also throwing in a free $5 gift card on any order you make with Alexa on an item worth $10 or more.