The fabulous Samsung Galaxy S III doesn’t need any introduction in the mobile world and is generally regarded as being not only the best Android handset on the market but also the best piece of hardware that the world’s largest smartphone vendor has ever produced. The device has been on the market for the better part of four months now and it’s fair to say that it has managed to keep all Android lovers extremely happy. Those who are coming to the end of a minimum-term on their contract with their carrier or have just been waiting for to see what’s around the corner might want to take interest as Amazon is offering the Galaxy S III for as little as $99.00.

The offer is only available to potential subscribers in the United States due to the requirement of taking out a minimum-term contract with either Sprint, AT&T or Verizon, but it still represents a fairly substantial saving on recommended pricing. The deal is being offered by Amazon in conjunction with the networks on either an individual calling tariff or as part of a larger family plan deal. If Verizon or Spring isn’t your network or choice then a reduction is available on the AT&T model but that is currently sitting at $118.99. 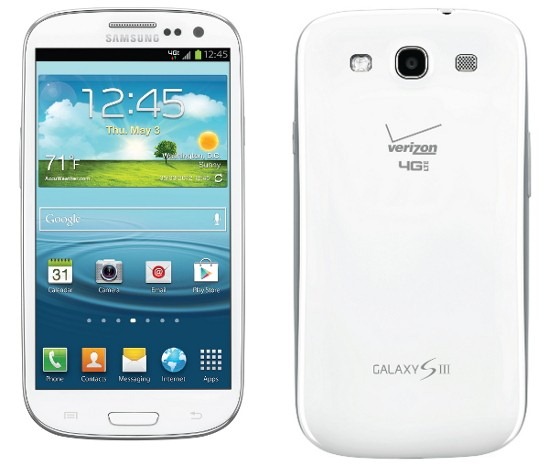 Although the Galaxy S III comes in a number of different colors, this particular promotion centers on the Pebble Blue and Marble White variants of the device and only comes in the smaller 16GB capacity. Although there isn’t a great deal of small print attached to the deals, it is currently only available to new customers and will only be available for a limited period of time, so if the Galaxy S III was going to be your Android handset of choice then there probably won’t be a better time to get one than now. 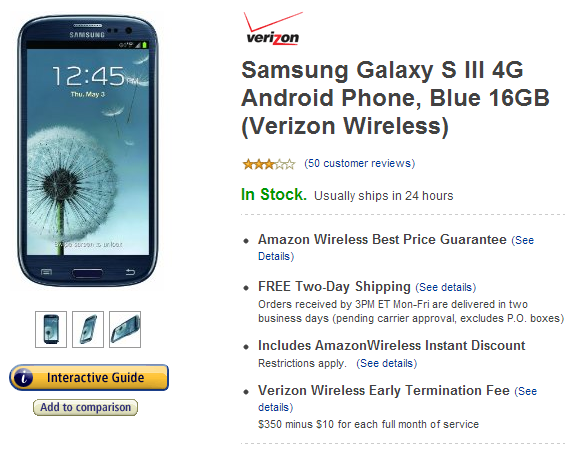 Bundled with Ice Cream Sandwich and being upgraded to Jell Bean as we speak, and packed with advanced technologies like Near Field Communications (NFC) and 4G LTE, the Galaxy S III is currently sitting at the top of the smartphone food chain, competing with the likes of the iPhone 5 for market share and dominance. With Amazon and the US-based networks offering fantastic money-saving deals like this; it certainly won’t do Samsung any harm in terms of sales of their flagship device.