It seems that Amazon is so keen to provide continuous promotions and price reductions to its legions of customers that it just can’t wait until the day of Thanksgiving to start serving up all those discount-dipped deals. Every year we see online and physical retailers around the world making significant price-cuts on a large array of products to celebrate “Black Friday”, or the day after Thanksgiving. Amazon appears to be getting a little head start on the action by introducing a “countdown to Black Friday deals” page that offers a plethora of deals across various categories.

As part of the new store page, the monolithic online retailer has informed customers that it will be publishing exciting deals on a daily basis right up until November 26 as part of its early Black Friday deals bonanza. The fun doesn’t stop there either for those individuals across the globe looking for a bargain. In addition to putting up a page dedicated to early deals, Amazon has also announced via its small print that it will be extending Black Friday from a single day of bargains to a full week of savings. The same luxury will also be applied to the company’s Cyber Monday promotions. 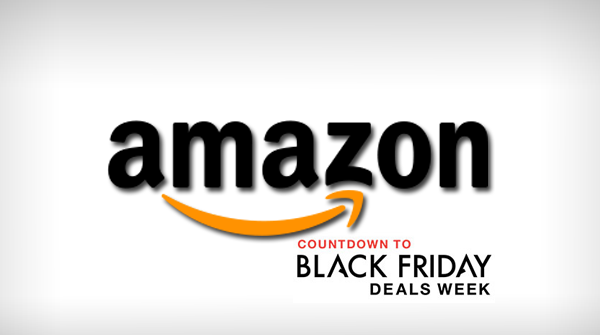 For now it’s very difficult to actually get an understanding and ascertain which published deals have explicitly been created for this promotion, and which have simply been re-branded as part of the Black Friday pre-sale and thrown into the equation. Still, the dedicated page does give those visiting Amazon, a single access point to view all of the deals across multiple categories in a relatively easy to understand manner. Amazon will be adding more to this page as the days progress, but here’s a little selection of some of the deals that you can look forward to: 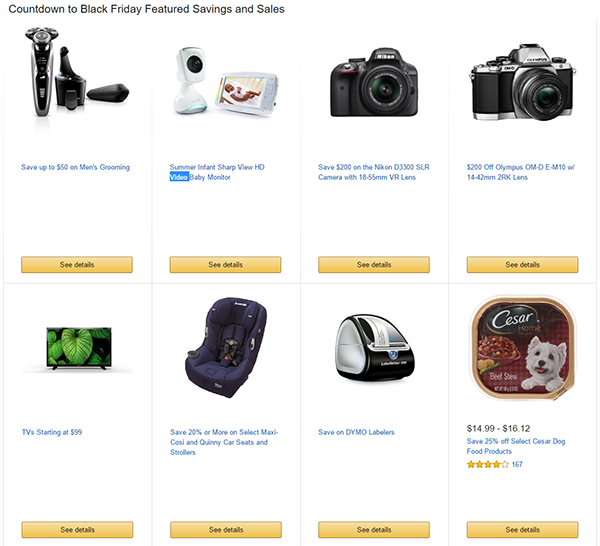 Amazon has also announced a little addition incentive for Prime Subscribers as part of the promotion. Those with an annual Amazon Prime subscription will be afforded preferential access to more than 30,000 ‘Lighting Deals’ before they are made live to its regular customers. You can head over to the Black Friday pre-sale store page from main amazon.com yourself and see if there’s anything that appeals to you right now.