In a move that is set to push Amazon right into the faces of Dropbox, Google, and Microsoft, the online retail giant has just announced two unlimited cloud storage plans for its Cloud Drive service, coming in at almost half the price of the competition.

Dropbox, Google Drive and Microsoft OneDrive are synonymous to the words “cloud storage” today, where the clouds have been pretty still – for the average user at least. Amazon’s entry into the mix with its two new plans will definitely shake things up a bit where they are being seen as the first affordable unlimited storage solution for the average consumers like us. Amazon’s Cloud Drive now offers the Unlimited Photos and Unlimited Everything plans, and it should be obvious enough as to what each plan has to offer in terms of file acceptance. 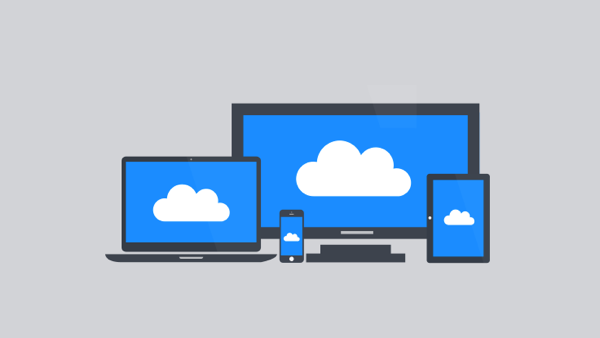 The Unlimited Photos plan is simply fantastic, where for $11.99 a year, users will be able to stash as many photos and images they want on their Cloud Drive. The plan allows you to upload videos as well, but video files have been capped out at 5GB, which isn’t that bad really and you may argue for more, but at $11.99 with unlimited storage for photos, we really can’t complain.

For those with more than just photos on their minds, or for those who have a hard time organizing their important files, the Unlimited Everything plan has you covered, and for $59.99 a year, you can dump all sorts of files, including videos and photos as well to Cloud Drive. The competition does allow for paid storage as well, but even those are limited to a certain capacity, such as the $100 a year plan from Dropbox which is capped at 1TB. Similarly, Google charges $120 for Drive, and Apple conveniently asks for an outrageous $240 for 1TB on iCloud. 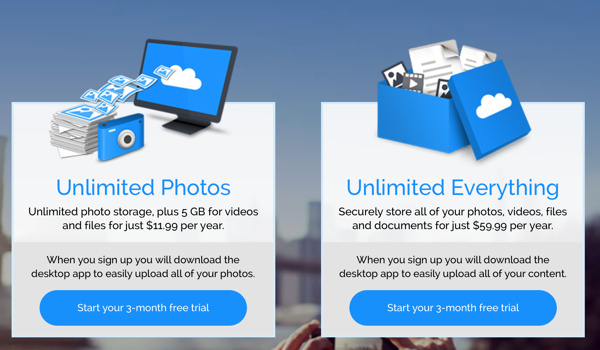 It was last year when Amazon launched the free unlimited photo storage plan for its Prime members on Cloud Drive, but while the service continues for all Prime users as it is, it has now been expanded to Amazon user’s outside of the loyalty program.

If you’re interested, simply point your browser to amazon.com/clouddrive to get started. Also let us know in the comments section below what you think about the new plans.