AirBlue Sharing For iOS 7 Released, Send Files Via Bluetooth From iPhone To Any Device

Another day and yet another powerful and extremely popular package updated for the jailbreak community to get to grips with. It seems that every single refresh of the installed repositories within Cydia is resulting in a hoard of new and newly updated existing packages being made available for users running iOS 7 on modern devices. One of the latest to get the iOS 7 and ARM64 attention is AirBlue Sharing, a premium extension that offers Bluetooth OBEX (Object Exchange) File Sharing for all jailbroken devices.

Jailbreaking is often thought to be about freedom and having the opportunity to introduce features that users believe should have been part of a native iOS experience. Apple’s mobile devices have never supported the ability to share photos, videos, music files and other types of media to other devices over a Bluetooth connection, much to the dismay of users. A number of tweaks have attempted to rectify this issue, some with a lot more success than others, but AirBlue Sharing is definitely thought to be one of the more accomplished, polished and in-depth options available on Cydia that introduces this functionality. 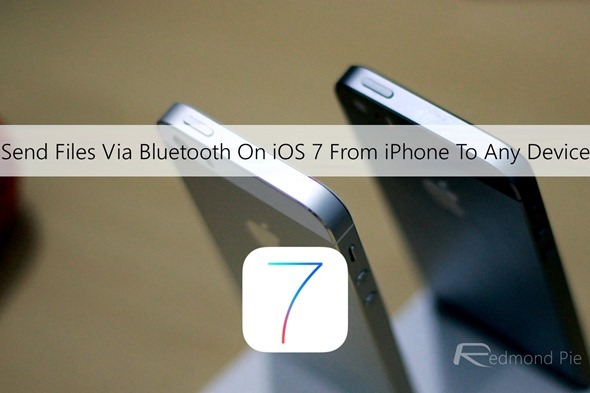 One of the main benefits of Eric Day’s package is that it utilizes the native Bluetooth pairing functionality that ships with iOS. Competing software developers have been known to bundle in their own Bluetooth stack rather than hook directly into the native setup, however, Day’s method means that devices that have already been paired through the iOS Settings are still accessible and can be used by AirBlue. The tweak also offers high speed Bluetooth transmission up to 1.7 MB/s as well as power-saving options that can automatically shutdown Bluetooth when the file transfer is complete. 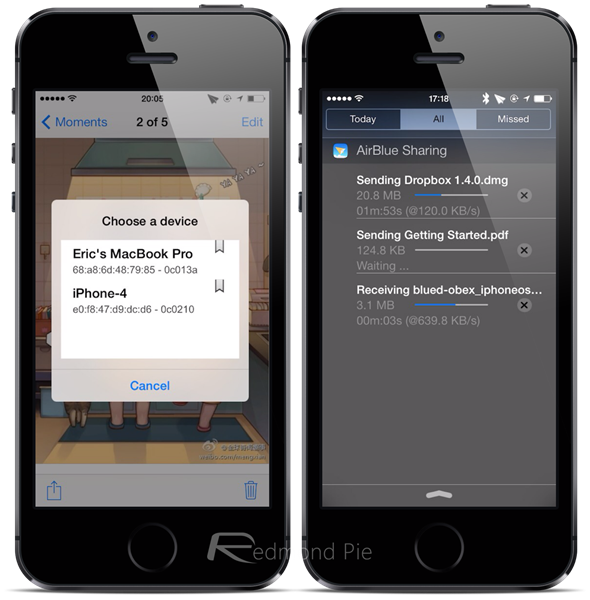 Sending files over AirBlue is supported from within the Notes, Photos, Videos, Music, Contacts and Voice Memo apps on the device and it also supports the ability to import received files into the Contacts of Photo apps. The list of powerful features goes on and on with AirBlue, which is predominantly why it carries a premium price-tag within Cydia. However, if native Bluetooth file sharing is a must-have feature and you’re running an A7 ARM64 device then this is a guaranteed winner. 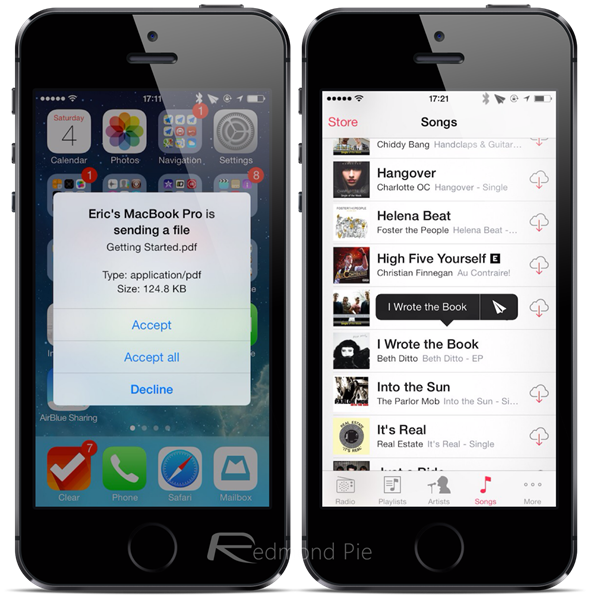 AirBlue Sharing is a commercial package, available for $4.99 from the BigBoss repository. The package is available for all devices and is compatible with iOS versions 4.2 through to 7.