Adobe Brings Lightroom To The iPad, And It’s More Than Just An Image Viewer [VIDEO]

When Apple first announced the original iPad, many people in the technology industry started a debate about whether it could ever be a device for creating content. Many decided that the touch-based input method meant that the iPad and other tablets were simply not suited to content creation, with consumption being the name of the game. While watching movies, viewing images and reading text are possibly the biggest reason to own an iPad, the years since that first iPad introduction have proven that there’s plenty to be built on an iPad.

It seems that someone at Adobe agrees, and after years of hoping, users of its Lightroom desktop app finally have the thing they’ve been crying out for: an iPad version of the popular image editing and management app. 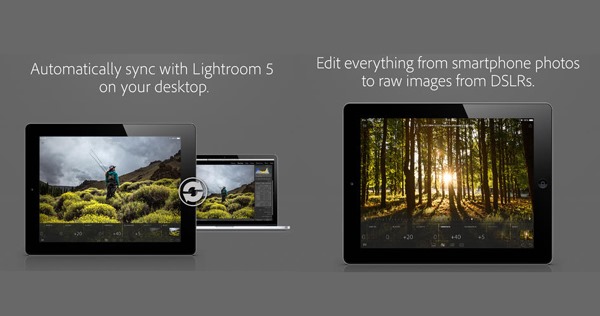 Of course, when you hear that Lightroom is coming to the iPad, fears are immediately raised that it will be a good place to view images, but that Adobe may stop short of giving it editing capabilities. Not so though, as while Lightroom may not have feature parity across its mobile and desktop versions, the iPad offering still has plenty of tricks up its sleeve. 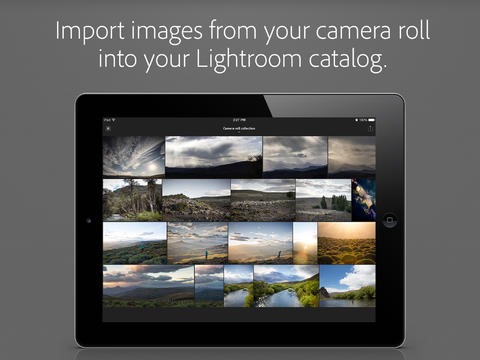 Assuming you’ve got the right Creative Cloud subscription – Lightroom for iPad won’t work without it – all your images will stay synced across both the iPad and desktop versions of Lightroom. That means that any edits made on either version will be pushed across to the other. That goes for the iPhone and Android versions that are currently in the works, too. 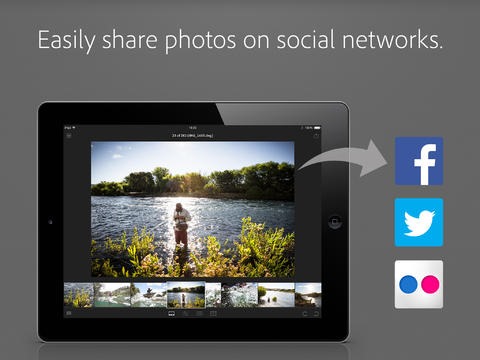 If you’re a big Lightroom user, then the ability to edit anything from an iPhone photo to a RAW image on an iPad may well appeal to you, and Adobe knows that. The required minimum $9.99 Creative Cloud subscription may be a real drawback for some, but the power on offer here could well be enough to persuade people to sign up. Some of the advanced options of the desktop iteration are understandably missing, but exposure, temperature, shadows and highlights all part of the iPad offering’s arsenal. 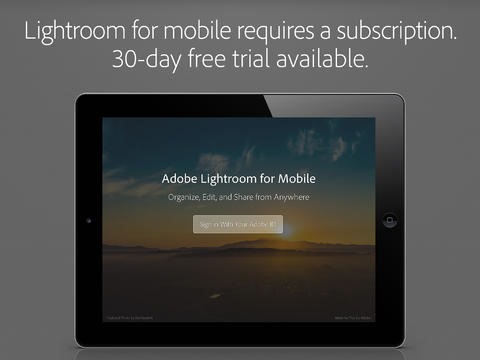 The free App Store download is available now, and assuming you’ve got the required Creative Cloud subscription, you’re really going to want to give it a try sooner rather than later. But before you part away with your cash, you get a 30-day trial as well, which is nice.

(Download: Adobe Lightroom for iPad on the App Store)