See How Bollywood Is Using iPad Air In Choreography

Back in the era of Steve Jobs, the Apple iPad was always touted as a post-PC device, but aside from partially replacing the traditional desktop / notebook as we know it, the Cupertino’s slate is also changing the way we take notes and organize our lives. In no situation is this fact more apparent than in the day-to-day life of Bollywood choreographer Feroz Khan, who now utilizes a single iPad Air for most of his work when, not so long ago, he would have to drag several items around with him in order to do his job properly.

In the most recent segment of its carefully-curated ‘Your Verse’ storytelling of how Apple devices change lives, the fruit company offers insight into how the iPad is revolutionizing the working environment once more. From doctors to lawyers, businessmen and women to general practitioners, it seems that the iPad is a key benefactor to a range of different fields, and as unlikely as it would appear, even Bollywood choreographers are now even reaping the benefits of having an iPad on-hand at all times.

Khan would once have to carry around a laptop, camera, notepad, and other similar effects when trying to perfect routines, but with the iPad Air, he now has an efficient, powerful and lightweight device that can do everything he requires. 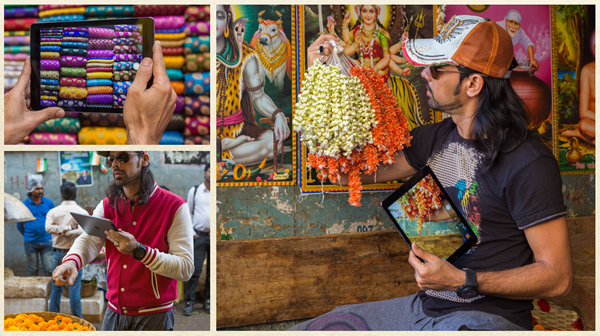 A big part of his job is to select the costumes and props, and this can easily be done using apps installed on the iPad. When designing digitally and on a touch-screen device, it’s easy to make edits and dispose of unwanted or unsuitable designs in a quick and efficient manner, meaning more time for Khan and his dancers to perfect the routine.

The broad range of apps available at the App Store are what help to truly make the iPad what it is, and for Khan, the likes of Artemis HD – a robust app that supplements the use of high-end camera equipment – are invaluable when assisting the director. 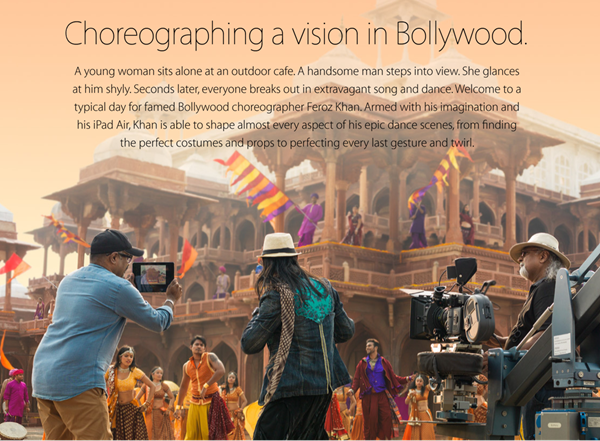 Like so many different working environments nowadays, the iPad also allows Khan to offer participants instant feedback on certain areas that are working well, while also allowing him to point towards out certain elements that may require some additional tweaking.

Khan is just one of many thousands out there to have had their daily routines completely revolutionized by the iPad, and as Apple continues to tell its  ‘Your Verse’ story to the world, this is perhaps one of the most obscure and interesting chapters so far.