Apple has enjoyed a monumental past year on all fronts, breaking records left, right and center. From iPhone sales to the last earnings call back in January, Tim Cook’s company can seemingly do no wrong, and with Apple Watch now on the horizon, it’s likely that the success stories and exponential growth will only continue. Hitting another landmark, Apple today closed at a market cap of over $705 billion, making the Cupertino the very first company to exceed the $700 billion threshold.

Closing at a market cap of $705.32 billion, Apple’s stock price stood at 122.02 at close, up 2.30 or 1.92 percent. Being a $700 million dollar company, the next milestone will be the trillion mark, and the way things are going, one would have to be brave to wager against this happening sooner rather than later.

Founded by Steve Jobs and Steve Wozniak in 1976, Apple has had its fair share of ups and downs in its near 40-year existence, but where co-founder and former CEO Jobs was once ousted from the company he helped to build from the ground up, he returned to peddle some of the most popular products of the modern Digital Age.

Apple’s unprecedented rise to success is largely attributable to the more recent products in its extensive history, with the likes of the iPod, iPhone and iPad all having helped to revolutionize their respective markets. Added the presence of the MacBook line-up, and it’s not surprising that shareholders are rubbing their hands together with glee as Apple Watch is prepared for the masses.

Whether the company’s smartwatch will be as much of a game-changer as those iconic aforementioned gadgets remains to be seen, but if it can even muster a fraction of the success of products such as the iPhone, then Apple’s path towards a trillion-dollar legacy would seem relatively clear. 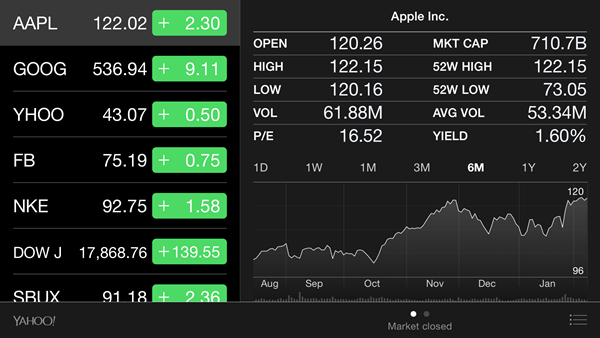 The amount of cash Apple has amassed is considerable, and with Apple Watch set to serve as a major weapon in Apple’s assault on the ever-lucrative fitness and wellbeing market, the numbers look set to keep rolling in.

With that said, things can shift rapidly, particularly in an arena that shifts as quickly as the modern digital industry. Without meaning to play devil’s advocate, one wouldn’t necessarily have foreseen the demises of superpowers like Nokia and BlackBerry a decade ago, and so while the gravy train is in full throttle, Apple knows that it will need to continue innovating and building great products if it is to ensure continued success.