Any iPhone owner that is a heavy multitasker will no doubt admit that the way Apple’s smartphone handles accessing and restoring apps that are running in the background is not really the best. Double-pressing that already overused Home button in order to open up the multitasking tray may work, but it isn’t ideal, and we have gone through a few iPhones because of broken Home buttons. 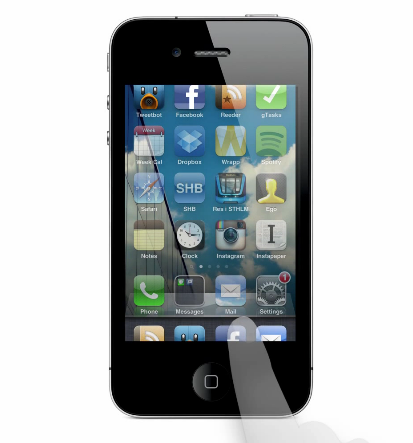 Will they live much longer now iOS multitasking is becoming more and more useful and prevalent? Probably not, so some people are already working on what they think Apple should do long-term.

Now, UI designer Max Rudberg has released a concept video showing off what he believes is a much better way of handling multitasking, and it looks familiar.

As Rudberg also points out, the Home button on iOS devices is overloaded with functions and becomes less responsive over time due to the wear and tear of constant use.

In his short 8-second video, Rudberg proposes that iOS multitasking be accessed via a swipe inwards, from the edge of the screen. Doing so from just above the Home button would open the multitasking tray, but swiping in from other edges could potentially initiate other actions should the user wish.

If that sounds familiar, it is because RIM’s ill-fated PlayBook tablet handled multitasking in a very similar way, and look how that turned out!

The iPhone, with its smaller screen, may not be quite so suited to constantly swiping in and out of the screen in order to access functions currently handled by that Home button. Even so, with Apple’s apparent need to remove all physical buttons from anything it can, then we do wonder whether this is the kind of thing we will see from Apple at some point in the future. If Apple’s engineers can replace the iPhone’s lone hardware button with software-based gestures, we can’t see them being able to resist! We’ll be more than happy to oblige.

Rudberg is so confident that his way of handling multitasking is better than Apple’s solution that he has even submitted it as a feature request in a bug report.

You’ve got to give him an A+ for effort just for that!