Regardless of whether you are an Apple lover, Google guru or an old faithful Microsoft worshipper, the current technological climate represents an excellent time to be involved in, as a user of hardware and software. The majority of the major players in the tech business seem to have some exciting new pieces of kit about to hit the public eye, with Apple set to imminently launch the new iPad and possibly Apple TV, Google looking likely to seed their new Android Jelly Bean in the coming months and Microsoft finally releasing the Consumer Preview of their new Windows 8 operating system.

The last four or five years have seen the rapid inclination of Cupertino-based Apple Inc. to the top of the technology stratosphere and even though they have some exiting times ahead with new product launches, it has largely been Microsoft that has been getting a lot of attention in recent weeks, thanks to the unveiling of the Windows 8 Consumer Preview at the Mobile World Congress in Barcelona. The new OS from Microsoft is one that we have all been looking forward to, considering it represents a huge shift in direction for the Redmond company and will eventually bring an efficient iteration of the Windows OS to tablet devices.

The new software has been widely praised by beta testers and those who have taken the plunge, and installed the Consumer Preview as their primary OS. Recent statistics have also shown that a massive amount of Mac OS X users have also took the plunge and installed it virtually so they can try out the new Microsoft offering.

But, while it does seem to be popular, there are notable setbacks which have arisen from Microsoft removing the tried and tested Start menu option that has been present in Windows for a long, long time. The removal of the Start menu makes it a more labor intensive task to shutdown, log off or restart the machine.

The shutdown menus can be invoked by switching to the desktop view and pressing the Alt +F4 key combination or alternatively by pressing the shortcut Window Key+C then heading to Settings, Power and then selecting Shutdown. One of the beautiful things about Windows 8 is the Metro-based user interface, so it would make perfect sense to be able to add user-defined tiles which perform certain actions, just like any standard Metro application. Thanks to a script called ‘createbuttons.vbs’, this is now possible. 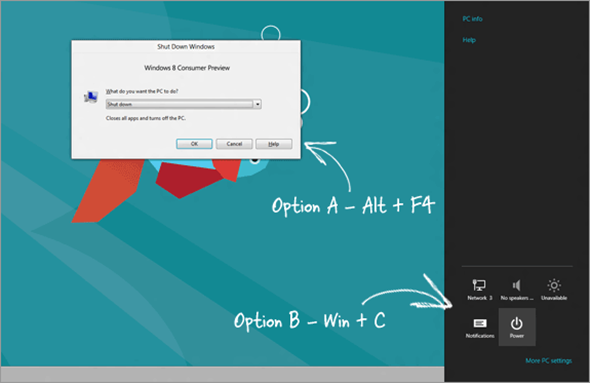 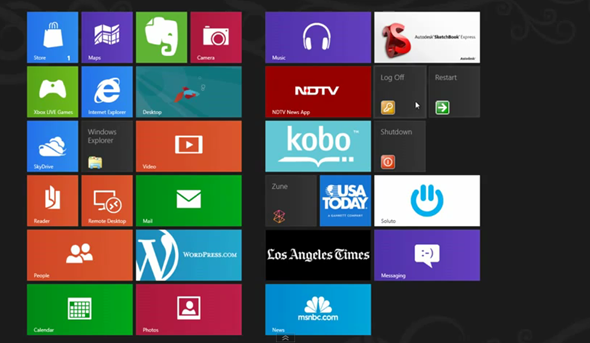 The script allows Shutdown, Logoff and Restart buttons to be added to the Windows 8 screen, which appear to look like any other tile and can even be dragged around and be placed in different locations on the Start screen. Once the script is downloaded, it is a simple case of double clicking it, which will in turn auto create the necessary buttons. We haven’t even seen a full public release of Windows 8 yet and already the development community are thinking of ways to improve the user experience. Long may it continue.

Head over to the source link given below for installation instructions and more information.