Siri caused more than a stir when it first hit the scene along with the iPhone 4s back in 2011, but even though consumers and commentators alike were fascinated by this feature that could answer back (if you had the right accent), the novelty did seem to wear off, and apart from the Eyes Free in-car integration, it’s been a while since Apple’s much-loved voice assistant really made the headlines.

The guys of PhoneBuff, recognizing that somebody somewhere needed to cut Siri a break, duly have obliged by putting together a great video highlighting 50 different voice commands Siri is capable of responding to. You won’t have tried many of them, and you never know, after watching the video through, you may just remember the early days when you loved the stuttering, computerized tones of the faceless little lady. 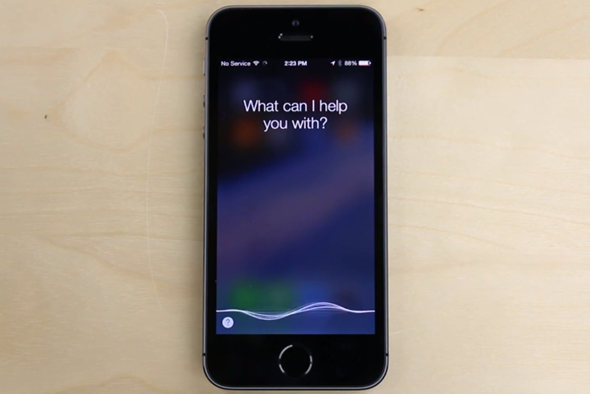 Although Siri was initially touted as a fad, that aspersion – like the technology itself – was perhaps a little premature. The fruit company might have been better off looking at ways to integrate something like Eyes Free into production cars back when it was readying Siri for its release, and although it did one job in enticing many to purchase a device that was largely the same as the preceding iPhone 4, it’s a fact that very few of us now use Siri month-to-month, let alone day-to-day.

PhoneBuff‘s extensive look at the commands Siri can now process shows that even though we might have put Siri to the back of our minds, Apple hasn’t and although as an early iPhone 4S owner, I felt the entire implementation was annoyingly unrefined, it has really come along in two short years.

The video is almost eight minutes long, so grab yourself a coffee, fire up your Siri-enabled iPhone or iPad, and prepare to do a lot of pausing as you try out some of these awesome commands on your iOS device:

Will Siri’s new found knack for solving queries mean we finally ditch traditional Googling? Probably not just yet, but with cars soon to become reliant on Siri’s powers, expect even more progress to be made on the technology in the next two years.

If you have any more tips for Siri, then why not drop them with us in the comments section below?

Thanks, David for the hat tip!