2012 iMac Is One Tough Machine To Repair, Teardown Reveals

Whenever Apple release a new Mac or revamp their iOS device line-up with a new iPhone, iPod touch or iPad, it has become a tradition for the iFixit team to get their hands on the new hardware and deconstruct it bit-by-bit to take a look at the engineering that has gone into manufacturing the device and the individual components under the hood. The latest hardware to hit our shelves is the redesigned 21.5-inch iMac that landed last Friday, and as always the corresponding teardown reveals, the inner beauty of the machine as well as some rather bleak news for those who love to tinker with their hardware.

As an outcome of the extensive teardown, the team has come to the conclusion that the late 2012 iMac deserves a reparability score of just 3 out of 10, with 10 obviously meaning that the machine is extremely easy to repair. It shouldn’t really come as any great surprise considering similar conclusions have been drawn about Apple’s previous hardware releases like the new iPhone 5 and the 13-inch MacBook Pro with Retina display, with the outcome being that repair specialists and amateur hardware enthusiasts will have to work that little bit harder to overcome the new obstacles and get the job done. 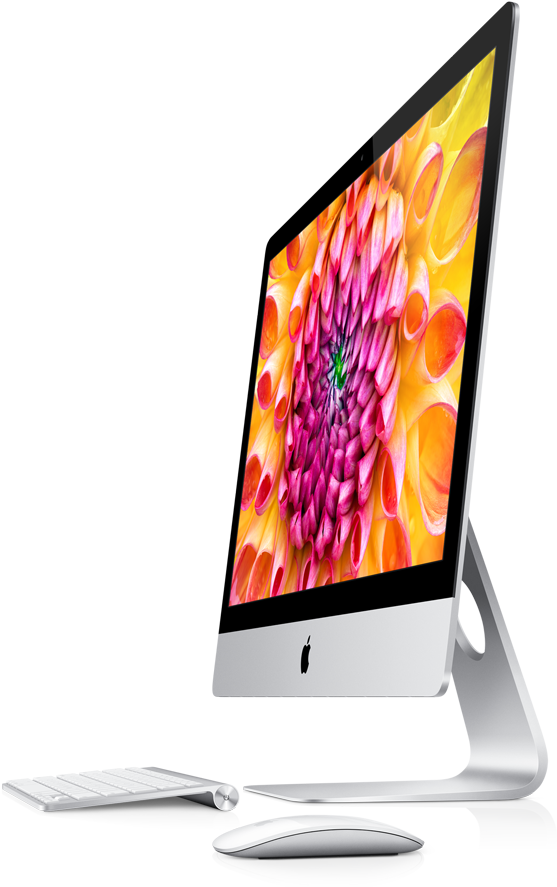 The difficulty that comes attached to replacing the internal RAM and the hard drive of the machine is being cited as the main reasons why this latest Mac offering is so difficult to repair. The teardown has also revealed that the majority of the replaceable components within the iMac, such as the RAM, have been buried behind the main logic board; meaning that the previously simple task of just gaining access to the components has now been made difficult. Some users will be immediately put off by having to go the lengths of removing the logic board to do this. 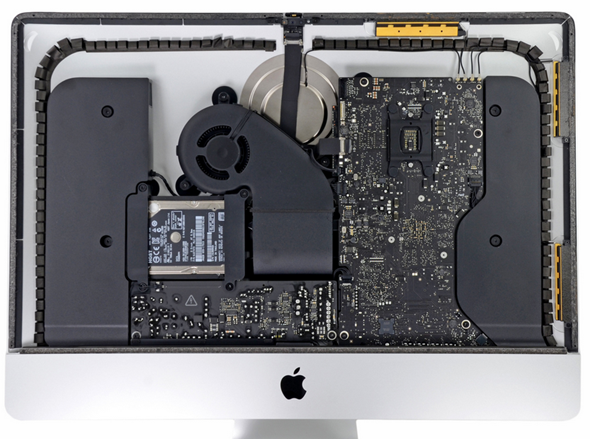 The simple ability to add a second hard drive to the base model 21.5-inch iMac has also been all but removed by Apple. To add an additional hard drive to the machine, users will have to have a set of soldering skills to add the necessary proprietary connections onto the main logic board. Surely a route that not many people will want to go down through fear of causing damage to the machine. The new iMac may have a thinner form factor and look sensational, but it definitely does come with its own set of challenges.