The Apple iPhone 6 is less than two days from launch in many parts of the world, and arguably one of the most pleasurable things about receiving a brand-new device, besides using it, of course, is found in the unboxing process. From taking off the cellophane to peeling away the display’s film, it’s a joyous occasion, and some lucky folk have already had the opportunity to indulge. Thankfully, the team in question decided to video the unboxing of the iPhone 6 for all to see, and below, you can check it out.

The folks at T3, a gadget magazine in the UK, decided to film the unboxing of their iPhone 6 press unit, and although we’ve already seen a couple of hands-on demos of both of Apple’s new iPhones, this is the very first unboxing to hit the Web. 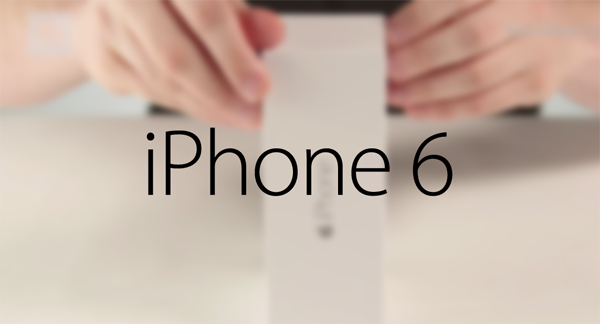 As is often the case with Apple, the packaging is very minimal, with the outer offering a clean, mostly white aesthetic. Once the box is opened up, you get your EarPod earbuds tightly packaged in plastic casing, a Lightning cable and your standard product information, but all told, there’s not really much to see apart from the device itself.

To many, the shape of the box and method of packaging mightn’t be anywhere near as important as the actual iPhone, but given Apple’s long-standing affection for attention to detail, it’s no surprise that the iPhone 6’s retail parcel is just as refined as the handset.

As we’ve already seen, the iPhone 6 is the very thinnest that Apple has released to date, and even slightly slimmer than the iPhone 6 Plus. The model seen in T3’s video is Space Gray, which will accompany the Gold and White offerings for an identical line-up of color options to that of the preceding iPhone 5s.

Given how close we are to launch, don’t be surprised if an iPhone 6 Plus unboxing manifests itself in the next few hours, and should this be the case, we’ll have coverage of that too right here at Redmond Pie.

Anyway, check out the full unboxing of the iPhone 6 below, and as ever, do leave your thoughts and opinions in the comment section beneath this article.