The Raspberry Pi Foundation has announced a new low-cost computer, sitting in the middle of its already burgeoning range of micro-sized computers.

It has been a year or so since we were treated to a new piece of hardware form the guys over at Raspberry Pi, but what a release it was. The Raspberry Pi 3 is an excellent little computer, and it has now been joined by another bundle of tricks in the shape of the Raspberry Pi Zero W. 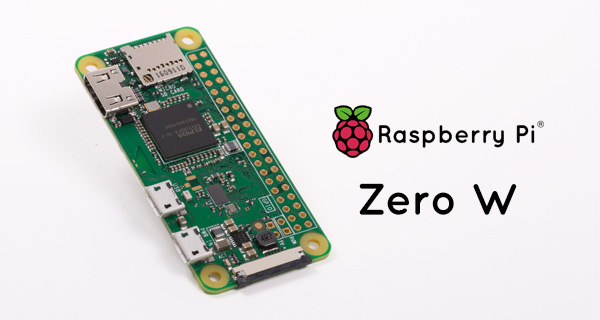 If the name sounds familiar, it’s because the new device is actually an upgraded version of the $5 Raspberry Pi Zero from two years ago. The extra ‘W’ at the end stands for “Wireless,” which as you might expect means this new release offers the same hardware as the existing Zero, but with 802.11n WiFi and Bluetooth 4.0 added to the mix.

In November 2015, we launched Raspberry Pi Zero, the diminutive $5 entry-level Raspberry Pi. This represented a fivefold reduction in cost over the original Model A: it was cheap enough that we could even stick it on the front cover of The MagPi, risking civil insurrection in newsagents throughout the land.

As is to be expected though, the addition of that wireless loveliness comes at a cost. The new Raspberry Pi Zero W costs $10, which is still less than the Raspberry Pi 3 and is undoubtedly a steal. Just think of all the additional uses this thing can be put to now that it includes wireless connectivity!

The Raspberry Pi Foundation is also offering up new injection-molded cases for use with the new kit.

To accompany Raspberry Pi Zero W, we’ve been working with our friends at Kinneir Dufort and T-Zero to create an official injection-moulded case. This shares the same design language as the official case for the Raspberry Pi 3, and features three interchangeable lids:

Alongside the new hardware the team has also announced a raft of new distributors for its wares, with new sellers having come online recently.

You may have noticed that we’ve added several new Zero distributors recently: ModMyPi in the UK, pi3g in Germany, Samm Teknoloji in Turkey, Kubii in France, Spain, Italy and Portugal, and Kiwi Electronics in the Netherlands, Belgium and Luxembourg.