One of YouTube’s most-watched musicians has had her account suspended after a copyright claim from a Japanese media company. Pop star Lady Gaga’s online fortress has been hauled offline, leaving behind a message of, “This account has been suspended due to multiple or severe violations of YouTube’s Copyright Policy”. 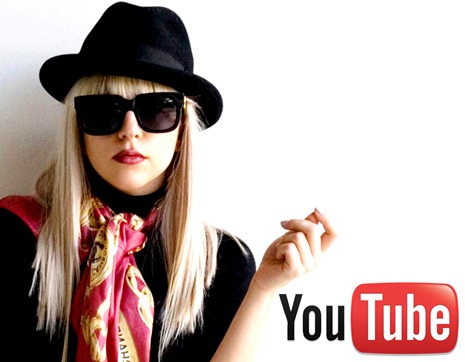 It’s turning out to be a somewhat bittersweet day for Gaga, real name Stefani Germanotta, who reaped a whopping five Emmy nominations this morning for her HBO concert special. It’s believed that angry bosses at Media Interactive Inc. insisted YouTube take down the page, featuring music videos from hits such as “Judas” and “Poker Face”, after footage she uploaded of an appearance on Fuji TV’s show SMAP X SMAP. The 10-minute performance featured her alongside popular a Japanese boyband SMAP performing a medley of songs from her latest album, “Born This Way”. It is believed she failed to secure the digital rights to showcase the performance on her YouTube account and thus action has been taken.

It’s a brash move from the Google-owned site, who risk alienating an iconic artist who has accumulated over one billion views and established herself as one of the worlds biggest recording artists. Named by Forbes in May as the world’s most powerful celebrity based  on her earnings, media visibility and popularity, YouTube could be in for a backlash from her army of “Little Monsters,” a name she affectionately uses to describe her loyal group of fans.

That said, she still should have gotten appropriate permission to post the video. We live in a digital age where media is becoming more accessible through various mediums, and the appropriate digital rights need to be secured by those who use and distribute them. Team Gaga should’ve been more than informed on how to keep the right side of legal.

The copyright complaint comes just a few week after Lady Gaga was accused of not donating all of the proceeds from her “We Pray For Japan” charity bracelets to the victims of the disaster. In fact, Michigan legal network 1800LAWFIRM filed a lawsuit alleging that extra shipping and handling costs were unnecessarily added to the $5 rubber bracelets.

Gaga, who has just toured Australia, has yet to comment on the takedown of the page, but did tweet earlier this week gushing of the performance which has, if only temporarily, cost her the channel.