Microsoft’s Windows 8 operating system is not too far from releasing, and whilst we all mull over the Metro user-interface and quicker boot-up times, there are some very unsettling findings with regards to the privacy of its users.

When it comes to digital products – be they tablets, notebooks, desktops or smartphones – privacy is always of paramount importance to the consumer, as is security. Windows has, perhaps unfairly, garnered a reputation for being a spyware and malware magnet, and although it has had its fair share of outbreaks, the numbers are not disproportionately high.

Still, it stands to reason that Microsoft would want to step things up a notch in the security stakes with its latest and greatest OS, set to release on 26th October, and as such, Windows 8 includes a new featured called Windows SmartScreen, which is activated by default. An evolution of the User Account Controls, SmartScreen has been put into place to essentially moderate each and every app you decide to install – in turn letting you know whether you’re putting your computer or device into any kind of jeopardy.

A novel idea on the face of it, and many in adept Windows 8 users will no doubt be saved when that 200kb file named “Internet Download Accelerator” decides it wants to infiltrate. That said, the way in which it works is certainly a cause for concern if you’re conscious about privacy, and, let’s face it, most of us are.

When you download an app from the Web and run the installer, Windows SmartScreen immediately kicks in, picking up nuggets of information and sending them directly to Mircosoft. Now, given the furor about the “phoning home” technique used to combat Office piracy years ago, it’s doubtful this technique will sit well – for the greater good or not. After, well, phoning home, Microsoft will then reply to your system, notifying it on whether application is signed, and if not, an error message pops up. 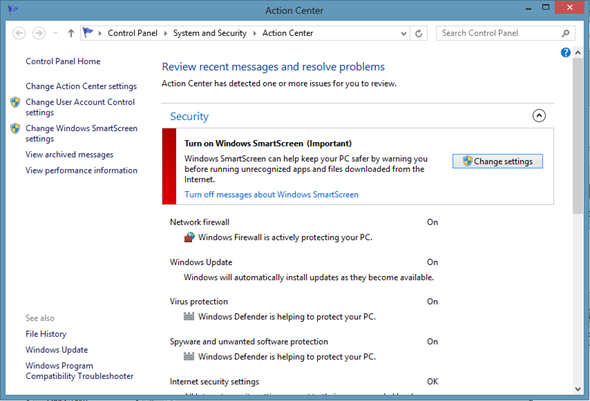 The issue has been researched in great depth by Nadim Kobeissi, and the fact Windows 8 is configured, as standard, to immediately tell Microsoft about the apps you’re downloading and attempting to install is alarming. This leaves the Redmond company susceptible to receiving judicial subpoenas or National Security Letters and to make matters even worse, it has also been revealed SmartScreen’s communications to Microsoft can be intercepted.

It’s not the sort of think Microsoft – or prospective Windows 8 users – want to be hearing so close to the release, and for those interested, you can learn more about the issue by heading over to Kobeissi’s blog.