You Can Finally Control Nest Thermostat With Google Now On iOS, Android

Google app for iOS and Android now includes the ability to control your Nest Thermostat straight from the app itself, using voice commands or manual input as well. While Nest’s own dedicated app doesn’t fall short of this, being integrated with the Google app opens up a relatively new way of interacting with the Nest Thermostat.

Using the new feature is as simple as performing any voice activated function using the Google app. Simply launch the app and say “OK Google” or tap the mic button to activate the listening feature, and say “set temperature to 75 degrees”, or “turn the temperature to 75 degrees”, where you can obviously choose a temperature of your preference. Users can also do the same via the Chrome app as well by speaking into the phone after pressing the mic button, or by entering the command directly into the search box. 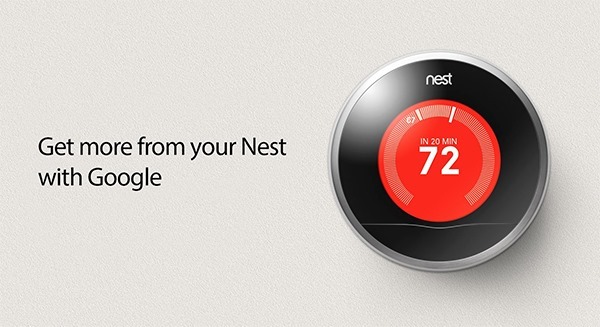 Most of you will be prompted with a failure notice as the app is processing the command, but there is no need to be alarmed over this. You should see a ‘Works with Nest’ button, so tap it once and you should be re-directed to the page where you will be able to opt into this program. This is basically a series of steps that need to be completed to allow Google through all the permissions it needs to work with the smart thermostat.

Chances are that the opt-in page may not work when being redirected to from your smartphone, and apparently Google has taken notice of this issue. If you’re having problems, head over to the ‘Works with Nest’ integration setup page linked at the foot of this post. 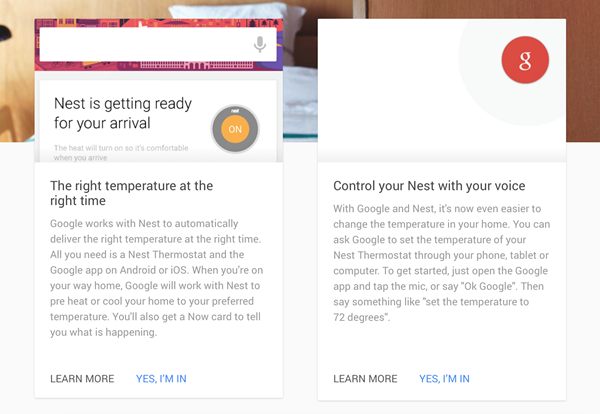 The Google app is also making use of the Now cards that pop up with suggested actions and settings depending on your location and time that the search giant is already tracking. So for example, if you’re away from home and planning on heading back, a suggestion will be made to adjust the temperature.

Nest Labs was acquired by Google for $3.2 billion a few months back in what the company says is a part of its goal to make an impact in the smart-home systems.

Do share your thoughts and opinions on this development, and even better, if you happen to have tried this out with your Nest Thermostat let us know how this feature is faring for you.