Xbox Play Anywhere, which allows gamers to buy one copy of a game and have it be playable on both Windows PC and Xbox One, will officially launch on September 13th, the company has confirmed.

Having been initially outed by Microsoft at its E3 press conference earlier this year, Xbox Play Anywhere will not only allow games to be truly cross-platform, but will also allow a single saved game to be playable across devices and even DLC will move between console and PC with consummate ease. 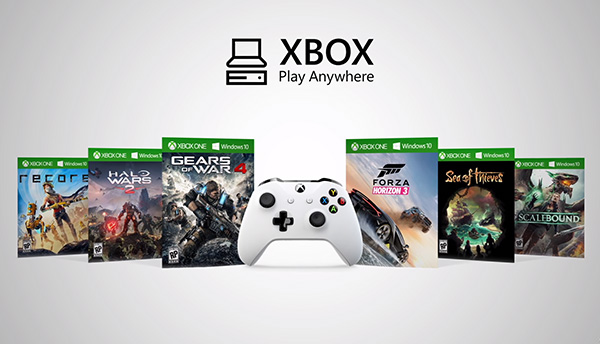 In order to take advantage of Xbox Play Anywhere, gamers will also need to have Windows 10 Anniversary Update installed as well as the most recent Summer Xbox One update. When all of those prerequisites are met, though, gaming should be even easier if you are a PC and Xbox One owner. No longer will gamers need to buy two copies of a game or struggle to move saved games between devices. At least, that’s how Microsoft sells the idea, anyway.

In its statement, Microsoft confirmed that things are moving along nicely, with go-live set to be September 13th 2016.

“The Windows 10 Anniversary Update and the related Xbox update coming this summer will enable the Windows Store on Windows 10 and Xbox One to support Xbox Play Anywhere games,” a Microsoft spokesperson told Polygon. “Then, beginning with the launch of ReCore this fall and continuing with Forza Horizon 3, Gears of War 4, Halo Wars 2 and others, when you digitally purchase a game that supports Xbox Play Anywhere, you have access to the game on both Xbox One and Windows 10 PCs for one price and your progress, game saves and achievements are shared seamlessly across both platforms.”

Games supported right off the bat include:

A little something for everyone, although only digital versions of the games will be eligible for Xbox Play Anywhere. Sorry, everyone with discs!