Xbox One Releasing In 26 More Countries In 2014, Here’s The Full List

Microsoft’s Xbox One, which released late last year in the UK and US before trickling out to several other regions, will have its reach greatly expanded by September, with the company’s own Major Nelson having revealed its plans to release the console to 26 new markets in that month.

The console has enjoyed steady sales so far, but has been somewhat overwhelmed at times by the strong performance of rival Sony and its PlayStation 4. The Japanese company’s new entertainment machine has shifted quite a few more units than the Xbox One hitherto, although with Titanfall having dropped last week – an Xbox exclusive as far as the console battle is concerned – it’s way too early to make any definitive judgments.

Sales of the Xbox One will certainly be boosted once the Redmond can get it out to a few more markets, and in September, the company will be busily releasing the console across many nations. As per an official report, the Xbox One will hit Argentina, Belgium, Chile, Colombia, the Czech Republic, Denmark, Finland, Greece, Hungary, India, Israel, Japan, Korea, the Netherlands, Norway, Poland, Portugal, Russia, Saudi Arabia, Singapore, Slovakia, South Africa, Sweden, Switzerland, Turkey and the United Arab Emirates.

The complete roaster of countries in list for is as follows:

The exhaustive list covers most of the major nations that the Xbox 360 retailed to, and as such, will all-but complete Microsoft’s roll-out of the Xbox One.

The console got its first major software update earlier this month, which, as well as integrating support for streaming / capture service Twitch, also brought a bunch of useful and essential improvements to the multiplayer / party functionality. 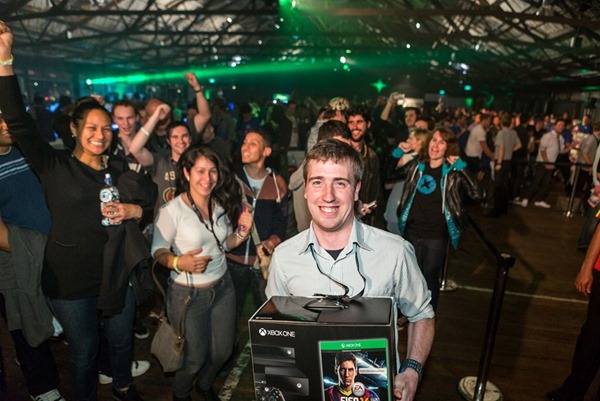 It’s fair to say that in these early stages, the Xbox One has failed to translate the success that the Xbox 360 had over the PlayStation 3, and as such, finds itself slightly behind in the console war. Surely hampered by the ambiguity surrounding some of its policies in the build-up to its release, the Xbox One is also beset by higher pricing than its adversary, and with less raw power – something that purists would have taken note of despite the negligible differences in actual performance – the roll-out to these smaller markets surely cannot come quickly enough.

As for specific details, Major Nelson notes in his blog post that the company "[will] have much more to share at a local level towards the end of April," and as soon as this info is made public, we’ll be sure to let you guys know.