Microsoft Windows to run on the iPhone

Wouldn’t it be cool to run the most popular and widely used operating system on your beloved iPhone? According to this blog post on the Citrix Community Blogs, Citrix Receiver will soon enable iPhone owners to run millions of Windows applications on their iPhone’s (not natively though).

) we are actively developing a Citrix Receiver for the iPhone that will bring the world of millions of Windows apps and developers to the iPhone. As part of our testing and demonstrations we are looking for examples of compelling applications that will not run natively on the iPhone, however if the app was hosted on XenApp and delivered to the iPhone it would provide a great visual example of the power of Citrix and the iPhone. 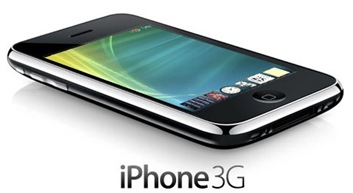 Citrix Receiver for the iPhone is expected to ship in the first half of 2009.
Stay tuned, the magic on the iPhone is coming soon.