Windows Phone 8 might just be a short while way from its official launch, but even now, new features are still being unveiled on a daily basis. Microsoft may have already covered most of the main perks and quirks of WP8, but those anxious to learn what the Redmond company has in store have continued to dig. Unearthing the latest gem is Nokia Innovation, which has shared an image of what appears to be Windows Phone 8’s Live Wallpaper lock screen feature.

The Live Wallpapers are said to house the ability to update with live information from apps stored on any given device. Native apps, along with those of third parties, will be able to take advantage of Live Wallpapers, with Microsoft’s own Bing application – as well as the likes of ESPN and USA Today – already supporting the feature.

At this point in time, there’s not a great amount of information with regards to how the Live Wallpapers will work on the lock screen, but with Microsoft set to hold a special event in San Francisco and London on Monday, everything should become a lot clearer. 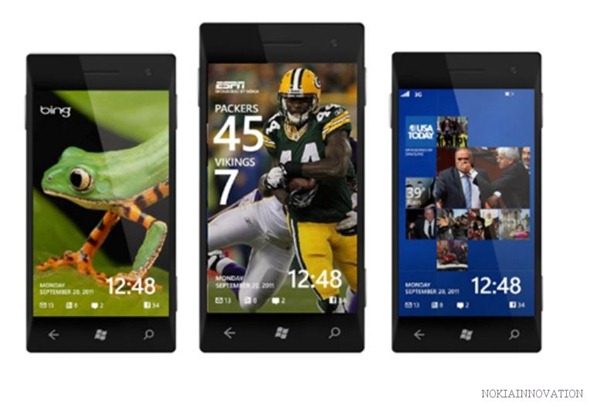 The mobile market has been a very Android and iOS-dominated field for far too long, and with Windows Phone really quite a bit different to both, the battle for smartphone and tablet supremacy looks poised to become a very intriguing three-horse race moving forward. Even if, for some reason, you’re not too much of a fan of the Metro interface, the added competition to Apple and Google will mean better standards of product all round, which is certainly a positive for any consumer.

Redmond Pie will have a representative at the London Windows Phone 8 event, so we’ll hopefully be able to get up close and personal with some of the new devices Microsoft and its manufacturing partners have created. Evidently, some key Windows Phone 8 features have slipped under the noses of the blogosphere, so there might be even more surprises in store, and if there are, you’ll be sure to learn about them first here at Redmond Pie.

On a personal level, are you looking forward to Windows Phone 8? Please do share your thoughts via the usual mediums below!