All of the recent Nokia and Windows Phone discussions may be centered around the Finnish company’s launch of the fantastic new Lumia range of devices powered by Windows Phone 8 but if you happened to have gotten in on the Lumia action during the first wave of releases last year then there could be a nice software related surprise waiting for your Lumia 800 device when it connects to the Zune software. Those who still make daily use of their Lumia 800 have obviously made the conscious decision that the upgrade to a newer Lumia device isn’t on the cards just yet but that shouldn’t stop 800 owners from updating the device to Windows Phone 7.8 as it becomes available through Zune.

Reports coming out of the Netherlands via WP7.nl are suggesting that a number of Lumia 800 devices have the official Windows Phone 7.8 software update sitting waiting for them when the device has been plugged into the Zune software on their computers. As is usually the case with Windows Phone and Android based software updates it doesn’t seem to have filtered through to all users in all territories just yet but the fact that some users are already able to download and update to 7.8 suggests that it will become more widely available in the coming days.

Lumia 800 owners will already be aware that they won’t ever be getting a full update to Microsoft’s new Windows Phone 8 mobile operating system meaning that should they wish to go down that route they would need to upgrade or purchase one of Nokia’s new Lumia smartphones. With that said the filtering through of Windows Phone 7.8 at this point should be more than enough to keep those Lumia 800 users happy for the time being. Here’s what new you can expect from the Windows Phone 7.8. 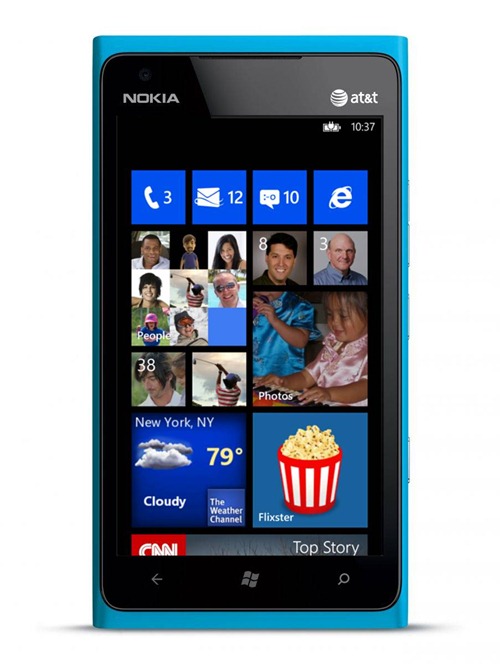 The update itself is downloaded and installed as a four-part process and consists of four individual updates that will take the device through a number of software revisions before finally settling on the 7.10.8858.136 build. There doesn’t seem to be any particular pattern about who is receiving the update at present so the best bet is to connect the device to the Zune desktop software and see if it is available yet. Those who do manage to get the update on their device will be able to take advantage of a set of new boot screens as well as being able to dynamically resize the live tiles on the display. 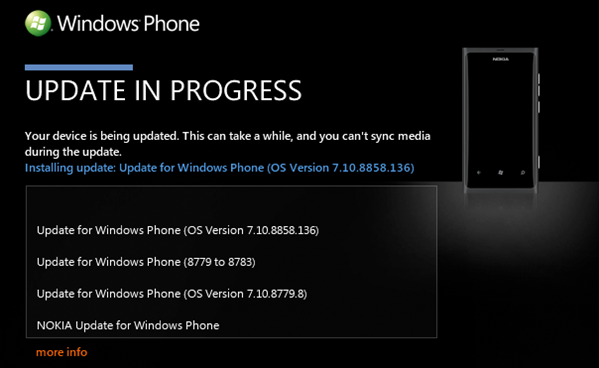 (Thanks to everyone for sending this in!)