Even before now, Windows 10 was shaping up as one heck of an improvement over Windows 8, which has divided opinion at every opportunity since first arriving in 2012. Today, however, the software giant has taken the wraps off one of its most exciting features yet in the form of Windows Hello, a biometric authentication system that will permit a user to sign in securely by facial recognition and fingerprint sensing.

Set to be baked into Windows 10, Windows Hello offers a secure, simplified way to authenticate log-ins, and while a number of mobile devices are already equipped with fingerprint sensors, the fact that Windows Hello can process a user’s face and iris will certainly help to bolster security in this regard. 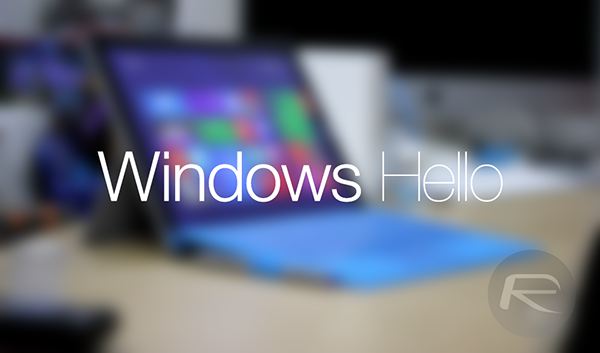 Microsoft will endeavor to support most pre-existing fingerprint readers, although since the face-scanning feature will be touting robust security, it won’t just support any device with a front-facing snapper or basic webcam. Instead, it will require Intel’s infrared-equipped RealSense 3D camera to accurately scan and authenticate a user’s face, and apparently, new Windows 10 PCs will begin shipping later on this year sporting the camera right out of the box.

For those still not convinced that these new features will be that secure, Microsoft promises that Windows Hello will offer enterprise-level security, in compliance with a number of industry regulations. Since the Xbox maker is targeting markets like government and healthcare, it’s fairly safe to say that encryption levels will indeed be high, and while it’s a practical product for business users, Windows Hello will surely appeal to consumers as well. 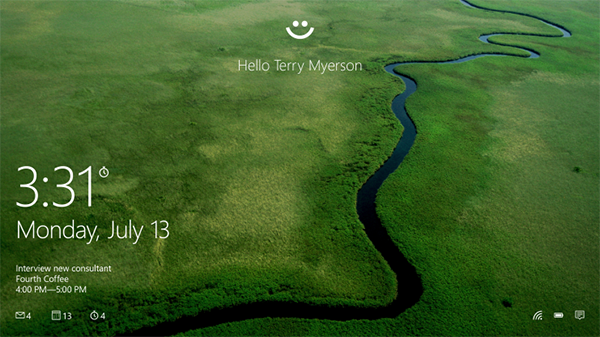 Windows Hello is not just limited to PCs, and will also cover smartphones and tablets compatible with Windows 10. Microsoft has already noted that its forthcoming software update will be available later on this year, although we don’t as yet, know precisely when it’ll arrive.

With Microsoft also today unveiling Passport, another security-focused system that apps and websites access to sign you in without a password, it’s clear that a great amount of work is being done to ensure that Windows 10 and its array of features are not susceptible to unwanted intrusion.

We’ll keep you posted with regards to any further Windows 10-related announcements and rumors, so stay tuned to our coverage!