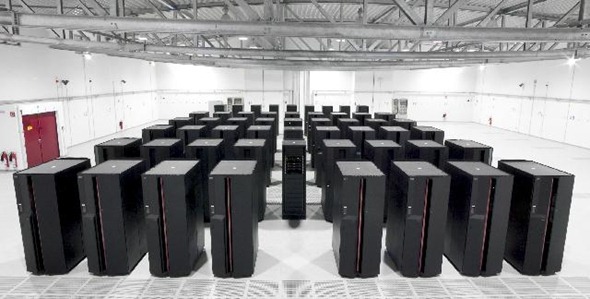 If you’re wondering what a petaflop is, here’s a quick overview from Petaflop.info:

A petaflop is a measure of a computer’s processing speed and can be expressed as a thousand trillion floating point operations per second.

FLOPS are floating-point operations per second. Floating-point is considered to be a method of encoding real numbers within the limits of finite precision available on computers.

Using floating-point encoding, extremely long numbers can be handled relatively easily. A floating-point number is expressed as a basic number, an exponent, and a number base which is usually ten but may also be 2.

If all this technical gibberish went over your head, in simple layman’s terms, it means: fast, very fast! The supercomputer which was used to cross the petaflop barrier is the Tsubame 2.0. Although it’s sole OS is Linux, but it also supports running Windows HPC Server.

“We saw outstanding performance from Windows HPC Server during our Linpack benchmarking run on Tsubame 2.0,” said Satoshi Matsuoka, professor at the Tokyo Institute of Technology. “It broke the Petaflop barrier and was on par with Linux at this scale. In a power-optimized configuration, it recorded over a Gigaflop/Watt, showing it is nearly three times more energy efficient than an average laptop. We were very excited to see this level of performance given Windows applications will be an important part of our work with industry partners.”

Microsoft couldn’t make it to the Top500 list of world’s fastest computers around the globe due to Linux’s performance edge over Windows HPC Server by a mere 5%!! But we’re keeping our fingers crossed. Maybe one day these Windows based supercomputers will outrun Linux in this field, what do you think? [WinRumors]