As a result of iOS devices significantly gaining ground, pundits have started discussing their role in the world of gaming. Now, before I begin, I do want to make something clear. iOS has nothing on hardcore PC and console gaming, and by the looks of things, it won’t for quite some time. Those of us who play Battlefield or even CoD will still be turning to the console or PC for our fix, there’s no question about that.

But while on one hand we have these hardcore gamers on consoles and the PC – or even Mac – there’s a much larger group of casual gamers out there whose gaming needs can be satisfied without fancy graphics, and this is the very market that iOS will (and is) thriving in. In fact, I think that iOS will not only wean the casual console gaming crowd off of their PS3s and Xboxes, as well as the casual PC gaming crowd (i.e. people who play Bejeweled), but it will also get people who aren’t really gamers at all to begin playing.

The first advantage of the platform is that its portable. In the case of the iPhone, people purchase the device to do everything. And thus, it’s always with them. This is true in some cases even with the iPad. If you have a device like this with you at all times, it only makes sense that you may begin to explore the apps available, particularly when you’re looking to kill time. But anyways, my point is that Apple has this huge ecosystem advantage by allowing the handheld gaming device to also be the productivity smartphone that you have on you at all times.

Apple’s second advantage is cost. Games on iOS are at most what, $10? And at the very least, they’re either free or $0.99. Compared to console games which can cost up to $60 a piece, these prices are quite reasonable. There’s also a wide assortment of games, ranging from action/adventure/racing to casual board games. Hell, even GTA 3 was recently released on iOS.

And, for those of you who don’t find even the iPad display to be big enough, you can use AirPlay with an Apple TV to display the game on your TV, so it’s just like playing a console game. Clearly, the world of gaming is changing. Moving forward, here’s what Apple needs to do: Continue making drastic improvements to the graphics capabilities in iOS devices, and work towards getting more and more quality titles from the existing console gaming world on iOS. 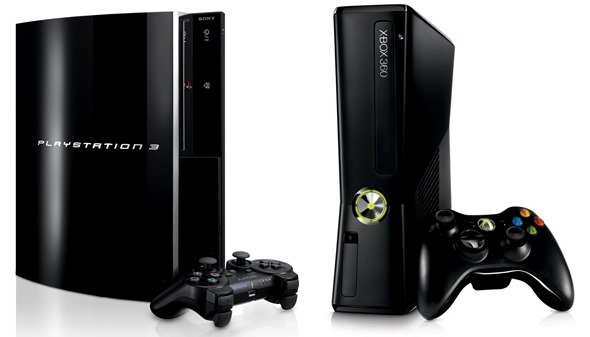 So, will Apple kill consoles, or even PC gaming? No, but I think that they’ll definitely seize much of the casual gaming market.