Although mobile devices offer a seemingly endless plethora of connectivity options, sharing media between devices can still be rather tricky. If you’re an Android user, things aren’t as stringent as they can often be on iOS, but even so, only a small number of Droid devices actually offer any significant form of Wi-Fi sharing.

The ability to push files through over Wi-Fi was first introduced with Android Ice Cream Sandwich (4.0), but with less than one-sixth of Android users running last year’s mobile firmware release, sharing images and videos over a local connection is still not as simple as it perhaps should be.

Things tend to get easier with the newest devices, and the Samsung Galaxy S III, which released just a couple of months ago, offers built-in support, but for some of the older devices, a special app is usually required to fully enjoy Wi-Fi direct sharing.

WiFi Shoot is a prime example of such an app, and even though it’s only at beta stage, it still manages to do a pretty impressive job. If you’ve a Wi-Fi Direct-compatible device, you can easily share photos and videos with another, and as you can see from the YouTube demonstration, things work pretty seamlessly:

It’s very easy to get the hang of, but as you’ve probably ascertained, you’ll need to install the app on both devices in order to share your content. Once installed, the app will sit calmly in your share menu, and if you want to begin transferring files, you’ll need to select "Wi-Fi Shoot" on your Android device with the file you wish to send. After that, simply open WiFi Shoot on the receiving device, and once they’ve been paired, you can files at a taps’ notice. 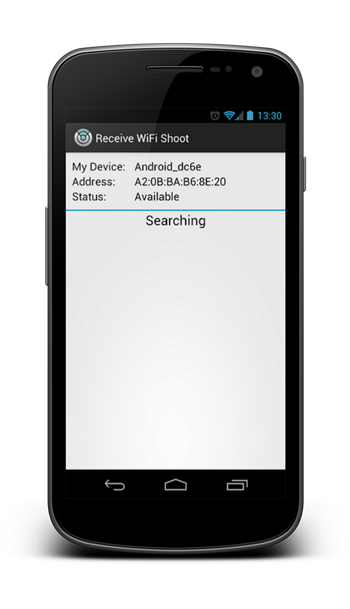 Before jumping in head-first, please note that it’s a beta release, so does have its issues. Moreover, it will only let you share local content, so don’t be expecting it to transfer files you’ve squirrelled away in your cloud hubs.

Still, it’s not bad, and given its beta status, it’s a good start. It’s absolutely free to download over at the Google Play Store, a link to which we’ve provided below. 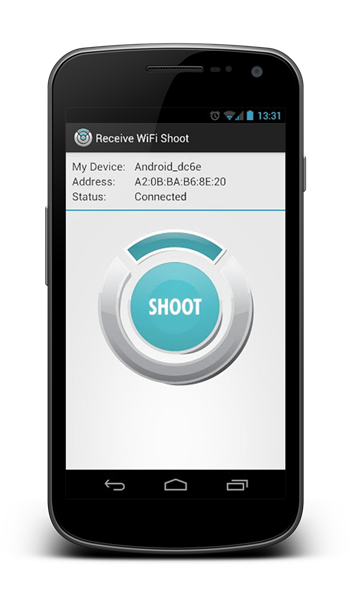