Rumors of WhatsApp, which is a popular cross-messaging app for the iPhone, Android, BlackBerry and Symbian stirred up some news just a day or two ago that it would be ported to Microsoft’s Windows Phone 7 platform, but now a couple of screenies have emerged showing WhatsApp through Windows Phone’s Metro lens. 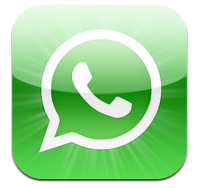 The tipster behind the leak claims to have had the WP7 incarnation of WhatsApp for a number of days, so it shouldn’t be too long before an official announcement and subsequent release takes place. If any more proof was ever needed, a cryptic tweet released by the company behind the app adds a seal of authenticity:

WhatsApp has proven to be at the forefront of smartphone instant-messaging communication. One of it’s major bargaining chips is that it can be installed on the majority of today’s popular mobile operating systems – from BlackBerry, iPhone & Android, to Nokia and now WP7, so unlike BlackBerry Messenger or the upcoming iMessage from Apple, which are tied exclusively to devices on their respective networks, WhatsApp’s cross-platform approach is likely to continue being installed on many devices.

The image which you can see below clearly shows what WhatsApp would hold for us once it hits the Marketplace, and the design of the app ties in pretty well with the Metro look-and-feel: 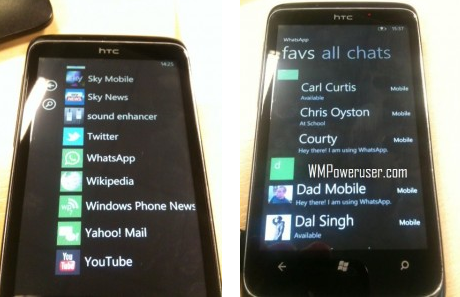 The app itself contains most of the features you would expect from most IM clients, including group chat and push notifications. It relies on cellular or a Wi-Fi connection, and enables users to send free text messages, videos, images and audio, which is useful considering the prices some carriers charge for these functions.

It is strange bordering annoying that there hasn’t been any official support for devices which don’t have a phone number. The iPad and iPod touch for example, are prime candidates to broaden WhatsApp’s horizons, but unfortunately, it is currently only supported on smartphone devices. That said, there are ways to circumvent this if you are an iPad or iPod touch user, although both require the device to be jailbroken. iPad users should head here, whilst iPod touch users can check out this link for further instructions on how to get WhatsApp up and running in a matter of minutes.

WP7 has gained significant popularity amongst consumers, coming second only to the iPhone in a recent customer satisfaction survey, and WhatsApp’s move to finally add it’s IM capabilities to the OS only serve to corroborate this notion. It will take much more in terms of improvement of product and marketing for WP7 to really make a push and compete with Android, which commands over half of the smartphone market, and Apple, which continues to top sales charts with the iPhone 3GS and iPhone 4, which despite being borderline relics, still manage to haul in the customers.